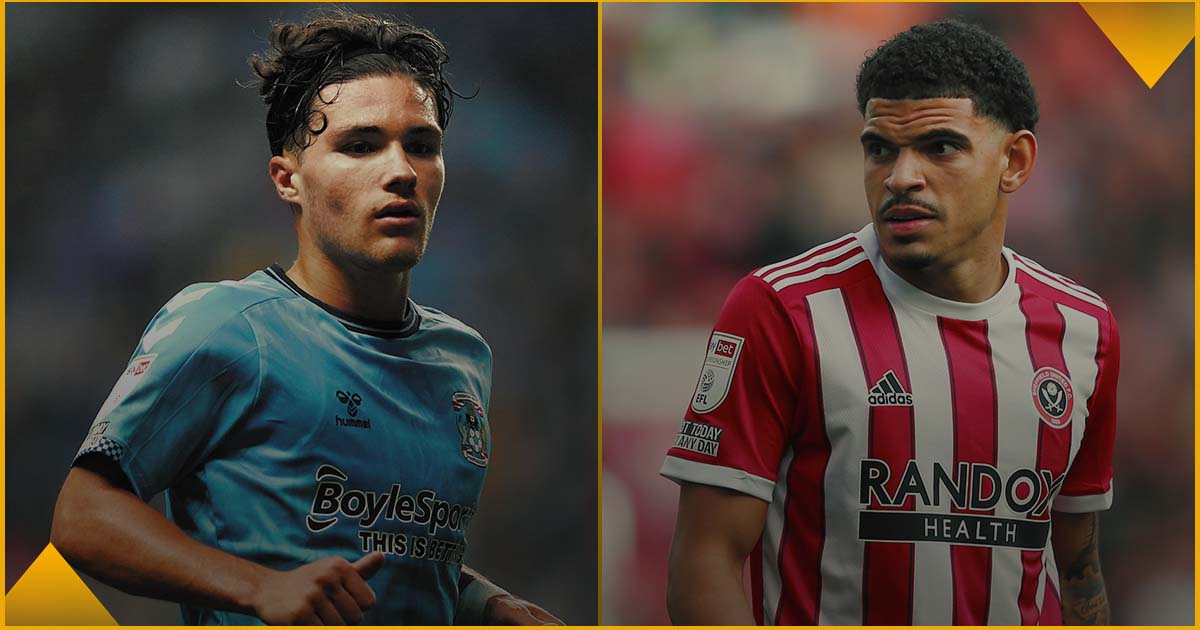 On Saturday lunchtime our attention turns to Bramall Lane as Sheffield United take on Coventry. Benjamin Bloom is here to talk you through it all – with odds from Betfair throughout.

Setting The Scene – Back From The Break
As the Championship gets ready to roll into December following another international break, we are reaching the point of the season where we really see each club’s true colours. The transfer window closed a long time ago, managers have come and gone, and depending on your cliche of choice, teams have surely now had time to ‘gel’ or ‘click’.

In the case of Sheffield United and Coventry, we have an underachiever taking on an overachiever in the early kick off on Saturday. The overachiever is Coventry, who sit in their own little ecosystem in fourth position, tucked in behind the parachute teams in the top three, and just ahead of a chasing pack that, if you allow a six-point spread, descends all the way down to 15th place. Coventry’s fabulous fourth has been based on their brilliant home form, with 22 of their 30 points so far picked up at the CBS, although they do visit Bramall Lane having won their previous away game at Hull.

When it comes to Sheffield United, the conversations are still very much about the manager settling, the team developing, and Blades fans still waiting for any kind of ‘clicking’ or ‘gelling’. Expectations are understandably high and it wouldn’t be too unfair to suggest they’re not being met currently. The Blades are 18th, and despite the quality in their squad, and the tight league table up above them, the current run of seven points in their last eight games means the current trend is still downwards. Much has been said about boss Slavisa Jokanovic’s two late-season surges with Fulham to close out the 16/17 and 17/18 seasons, and that might be the only scenario to appease the natives as the campaign meanders on.

One To Watch – Oliver Norwood (Sheff Utd)
At this stage it’s probably unhelpful to keep going back to the Chris Wilder era as a reference point to talk about current events at Sheffield United, however, Wilder’s influence still looms large following his departure in March. A number of the current Blades squad went on the journey from League One all the way to ninth place in the Premier League under Wilder; the dilemma for Jokanovic is whether to utilise or move on these existing names while building his own side.

One of the many players who starred for Wilder’s Sheffield United was Oliver Norwood. The Northern Irish midfielder was brilliant in the Championship promotion season as a deep-lying playmaker, sitting in the quarter-back spot and directing traffic as that fabled forward movement from the wing-backs and centre-backs occurred ahead of him. Norwood started the promotion season in 2018/19 on loan from Brighton and was signed permanently in the January window – he’d been on loan and promoted at Fulham the previous season and as fate would have it his manager then was Slavisa Jokanovic.

In my conversations with United fans this season it seems that some of the shine from the old favourites of the Wilder era has been lost during last season’s relegation from the Premier League, and this season’s ponderous start in the Championship. Whether Norwood is a player who Jokanovic will build around or ultimately move on will become clear over the next year or so. It looks like the midfielder is currently still a key competent in Jokanvoic’s plans as he has started 15 times this season for the Blades, and ranks third in total minutes on the pitch this season. The role may be slightly different, but as a familiar face to the struggling Blades boss, Norwood may be an important ally in any positive trend up at Bramall Lane as the season plays out.

A rare Norwood goal? Norwood to score and Sheffield United to win @ 26.18 (Betfair)

One To Watch – Callum O’Hare (Coventry)
At first glance it’s fairly obvious to anyone who watches Coventry that Callum O’Hare is a good player. He carries the ball, and himself, in that way many flair players have done over the years. With someone like O’Hare, the potential is obvious, and the analysis quickly moves to the mythical ‘end product’, after all, if an aesthetically pleasing player adds substance to style then their value and profile will soar.

O’Hare spent his first season at Coventry on loan from Aston Villa, was promoted with the Sky Blues from League 1 in 2019/20, and was signed permanently to be part of the side that survived the Championship with an end of season flourish in 2020/21. In League One, while O’Hare stood out, the output was a modest three goals and three assists; in the Championship last season the numbers swelled to three goals and eight assists.

What happens next for O’Hare will be fascinating. His numbers so far this season stand at one goal and three assists, and by no means certain to top last season. Given O’Hare is now functioning in a team in the top six in the table, currently playing behind highly capable strikers Viktor Gyokeres and Matt Godden, perhaps the 23-year-old will seize the initiative and become a top Championship creator. While I acknowledge it’s often equally easy and unhealthy to obsess about statistics in isolation, those O’Hare goal contributions will go a long way to define what could potentially be a breakout season.

Key Battle – Morgan Gibbs-White v Coventry’s Left Hand Side
Of the few bright sparks at Sheffield United this season, Morgan Gibbs-White probably tops the list. Some questioned the sanity of the decision of Wolves to let Gibbs-White out on loan at all, and he has contributed well so far in his time at Bramall Lane. Operating on the right-hand side of the Blades attack, Gibbs-White has contributed four goals and two assists already, and dovetailed well with focal point Billy Sharp. It’s been somewhat of a role reversal for the two players this season, with Gibbs-White having lots of success getting on the end of things and finishing them off, while perennial goalscorer Sharp uncharacteristically leads the Blades stats for assists.

Coventry would’ve been a lot more confident in stopping Gibbs-White had their excellent left wing-back Ian Maatsen been available for this one. Alas, Maatsen was red-carded in the previous game before the international break against Bristol City and the Sky Blues will miss his tenacious front foot defending. After the red card for Maatsen against Bristol City, Mark Robins’ solution for covering the left-hand side of the Coventry defence was a move across the pitch for right wing-back Fankaty Dabo, with Todd Kane coming in and covering at right-back.

If we take the ‘never change a winning team’ mantra as gospel then we can assume Robins will do something similar and Dabo v Gibbs White raises a couple of interesting possibilities. Can Gibbs-White play on the fact that Dabo will be on his less-favoured side, or will Gibbs-White’s favoured move inside towards the box actually make things more comfortable for a right-sided defender playing on the left? Either way it’ll be a fascinating selection and on-pitch battle, as the Sky Blues attempt to stop the influence of Gibbs-White.

Boiling over in the box? Penalty awarded 17/10 (Betfair)

Inside Insight – Sheffield United (@HalTheBlade @sheffunitedway)
The Blades are consistently inconsistent this season. The early hope and promise felt by many of a red and white persuasion has diminished and now talk is of mid-table rather than a serious promotion push. There are those that firmly believe United can still make the play-offs once things start to ‘click’, but we’ve been saying that since the opening day!

Coventry are a side that the Blades hate playing against purely because even if you take the lead they can still come back and beat you, as they have demonstrated on numerous occasions this season. The Blades took an early lead in the previous match with Blackburn so chances are the United rearguard will be extra wary for this encounter.

Bramall Lane needs to return to being its hostile best and that means players and fans. A win against a good Coventry side could spark something, grow confidence and lead to new belief amongst the fans…but then again we said that after Stoke! Brewster to start is a must after his first league goal.

The real question marks are around the other positions, so many former heroes have been on a gradual decline and it has honestly been sad to see. One of those is former Coventry City man John Fleck. A big game from him could well be the difference between the two sides. If United get their act together I’m going for a nervous 2-1 home win!

Inside Insight – Coventry (@NiiLampteyShow)
It’ll be interesting to see how this goes. I must confess I don’t know much about Sheffield United above the fact that I think Morgan Gibbs-White is class and that they’re underperforming. We are a mixed bag – our two wins in the last five have come against very, very bad teams and it’s not a coincidence that we’ve struggled since Gyokeres’ goals have dried up. He’s been a bit injured and not himself. If he can get back to the form from the start of the season we could play these off the park. If not I think it’ll be an up and down game. If pushed I’d say a draw.