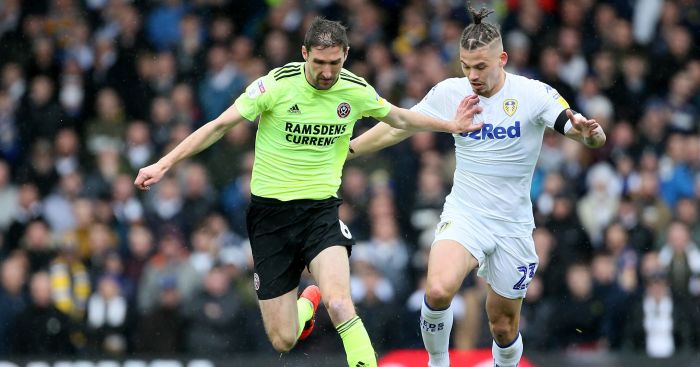 More so than perhaps any other two sides to have ever been relegated from the Premier League, Leeds United and Sheffield United have spent their time in the Championship and League One feeling that burning fire of unfinished business.

Leeds were once one of the biggest sides in the country: they won the league in 1992, achieved a further eight top-five finishes over the next decade, and reached the Champions League semi-finals in 2001, but their own financial mismanagement saw them relegated in 2004. It says something about where they have been in the 15 years since that the Peter Ridsdale-led regime that oversaw that demise are probably only their fourth least-popular owners.

Sheffield United, meanwhile, have had an understandable greasy chip on their shoulder since their immediate relegation from the Premier League in 2006/07, when they went down as the direct result of a West Ham side that had fielded an ineligible Carlos Tevez all season, amassing a fair old portion of their points through the Argentine’s efforts – not least the three points the Hammers picked up in their final-day victory at Old Trafford courtesy of Tevez’s free-kick.

Both sides have suffered through multi-season third-tier spells since their respective relegations, and both sides have been perennial underachievers throughout the 2010s: Sheffield United have specialised in unsuccessful League One playoff campaigns, while Leeds have bounced from one set of terrible owners to the next, with a revolving door of variously-able managers going in and out of Elland Road.

It would have been unthinkable not so very long ago that these two founding members of the Premier League would be surpassed by fellow Yorkshire rivals Huddersfield Town, the only side from any of the Ridings to grace the Premier League this season, and the Terriers’ rise will only have underlined what a miserable decade-and-a-half both Uniteds have endured. They see themselves as big clubs, so to have been out of the big time for so long has hurt their fans immensely.

But under their current managers, Leeds and Sheffield United have been revitalised. Chris Wilder has been nothing short of a revelation for the Blades since joining from Northampton Town in 2016, immediately leading them to the League One title and then taking them to within six points of an unlikely play-off campaign last season.

The Blades’ success has been built on an unwavering faith in their 3-5-2 system, with every player well aware of their jobs and trusted to do them well. Billy Sharp, 33, has been the deadliest striker in the division, sitting two behind Teemu Pukki in the top scorer tables but with a better goals-per-minute ratio; only Tony Pulis’ dour and low-scoring Middlesbrough have conceded fewer than Wilder’s well-rounded side.

Where Sheffield United have thrived under a local lad made good, Leeds have been superb this season under Marcelo Bielsa, the most brilliantly bizarre managerial appointment in recent English football history. Their attacking play is thrilling, with the sheer numbers and speed of movement in attack dizzying their opponents into submission.

Wilder and Bielsa are polar opposites with one thing in common: they have pulled away from the rest of the Championship pack – with one exception. Norwich’s unexpectedly excellent season means the two Yorkshire sides are fighting it out with the Canaries in a three-way dance for two automatic promotion spots. That at least one of their closest rivals would inevitably drop points this weekend was excellent news for the league leaders.

Second-placed Leeds had the advantage over the Blades going into Saturday’s lunchtime kick-off, and they pressed that home throughout most of the first half, creating three really good chances with some excellent play up the right wing that the visitors survived. Martin Cranie blocked Patrick Bamford’s early effort, Jack Harrison blazed over the bar, and Chris Basham got a vital but subtle touch on the ball to take it away from Mateusz Klich just as the midfielder was lining up his shot.

Sheffield United rallied late in the second half, with Basham rounding Leeds keeper Kiko Casilla (the former Real Madrid player who unbelievably is not just an ersatz Pro Evolution Soccer version of Iker Casillas) in injury time. But as Basham is primarily a defender, albeit one deployed in midfield, he is not used to finding himself in such advanced positions, and was unable to make it count.

The early stages of the second half followed the same pattern as the first, with Kalvin Phillips smashing a shot into the post after yet more good work down the right from Pablo Hernandez to find Klich at the byline.

But it was the opportunistic and counter-attacking Blades who found the only goal of the game, with Liam Cooper making a mess of a long ball over the top to allow Sharp to gain possession and square for Basham to tuck home a finish that even he couldn’t miss.

The visitors would have doubled their lead in injury time had Casilla not scythed down Sharp after Cooper and Phillips messed up their attempts to deal with another long ball, resulting in a red card for the goalkeeper and the always-delightful sight of an outfielder donning the gloves: in this case, Leeds cult hero Pontus Jansson, who compounded that joyous sight by subsequently going up to attack a late, late Leeds corner that came to nothing.

This was Sheffield United’s seventh successive clean sheet, and their eleventh in their last 14 games; they now sit second in the Championship, one point ahead of their Yorkshire rivals with eight games to go.

Wilder has never been one to get carried away, though. “I’ve always said it’s not season-defining,” he said after the game.

But despite that characteristic calm, you could forgive Blades fans if they got a little excited. Twelve years is a long time to wait for a shot at redemption, after all, and few would have expected them to be in this position when they achieved promotion to the Championship just two years ago.

Then again, nor can you afford to count out Leeds, who have already demonstrated their ability to bounce back from disappointing results this season. Their remaining eight fixtures include five sides in the bottom half of the table – which they have in common with Norwich – and nobody from the top six, which they share with Sheffield United.

Had Leeds claimed victory here, they would have had the comfort of a five-point gap between second and third; instead, they are now a point behind with an inferior goal difference. This result leaves the hunt for promotion feeling like it will come down to which two sides make the fewest mistakes, and as such, it remains much too close to call.

One thing is for sure, though: whichever of Leeds or Sheffield United ultimately go up (if not both), there’s going to be a hell of a cathartic party to celebrate.