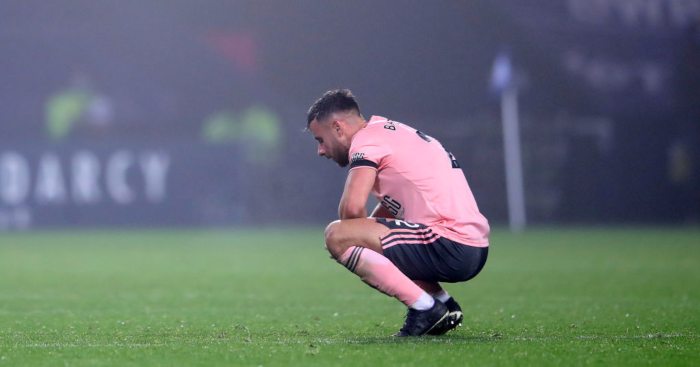 Sheffield United defender George Baldock says the backing boss Chris Wilder has had from owner Prince Abdullah is “music to all our ears” for the players.

Baldock has also stressed the need for the players to repay the faith Wilder has shown in them as they battle for Premier League survival.

The rock-bottom Blades, who Wilder guided to promotion from League One in 2017 and the Championship two years later, suffered their 11th defeat in 12 games when they lost 3-0 at Southampton on Sunday.

MEDIAWATCH: The truth about Mourinho’s ‘astonishing blast’ in Klopp ‘rant’

The match was attended by Prince Abdullah, who told BBC Radio Sheffield: “I will stick with Chris no matter what.”

Asked about that ahead of Thursday’s home clash with Manchester United, Baldock told a press conference: “It’s music to all our ears, of course.

“At the end of the day, we are the ones coming up short on the pitch. To question this manager after the moments he’s given us all at this club… He’s done a remarkable job.”

Baldock, who has been with the club since 2017 and signed a new deal running to 2024 at the weekend, added: “He’s given nearly all of us the opportunity to come to this club, improve, work in a great environment, and biggest of all, he has stuck with us and given us that opportunity to play Premier League football.

“We need to repay that faith, we did that last year (when the team finished ninth) but have come up a little bit short this year.

“It’s great that he has the backing and (we are) fully behind him to help us get back to where we need to be.

“We have complete faith in whatever team is put out there, whatever the manager chooses to do.”

Baldock said: “We all have to stand up and be counted and embrace the challenge. We see it painted all over social media and television the stats that say we don’t have a chance, but why can’t we be that one team that defies the odds?

“We understand the situation we’re in and we’re absolutely devastated about the start we’ve made but there’s no point dwelling on those previous games, you have to move on if you want to achieve anything.

“I believe the character in that dressing room has the ability to overcome this.

“We can’t be giving up now. It’s a tough ask (to stay up) but it’s one we’re fully committed to putting everything into, and it will be the best feeling of our careers if we overturn this – and it will definitely trump what we did last year.”