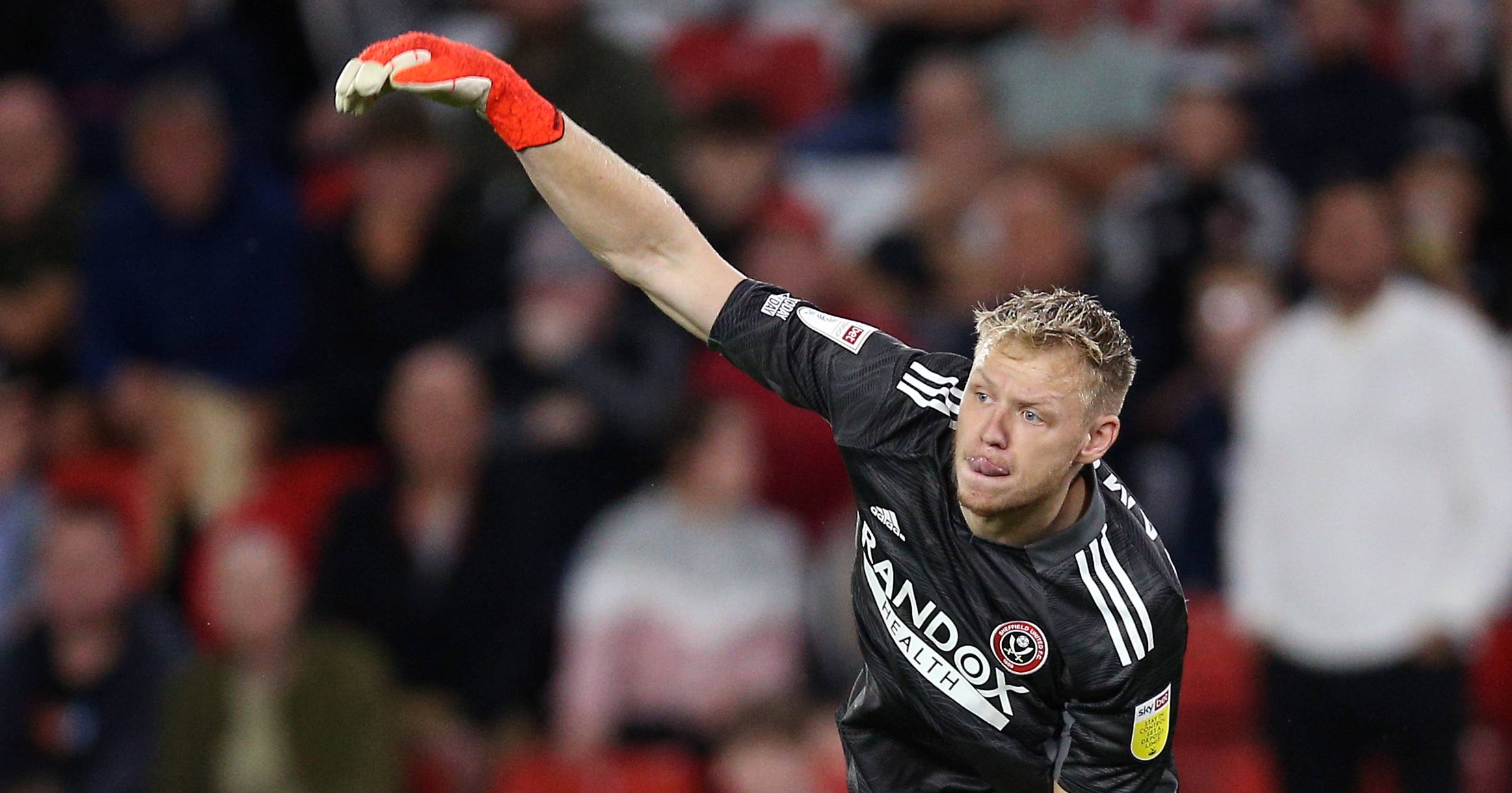 Slavisa Jokanovic admitted Sheffield United have little choice but to sanction the exit of Aaron Ramsdale despite being negotiated down from their reported £40m valuation by Arsenal.

Ramsdale was withdrawn from the United squad that travelled to The Hawthorns to be decimated 4-0 by West Brom, with the deal poised to go through after the 23-year-old rejected an improved contract offer to stay at Bramall Lane.

The keeper is thought to have driven a move that was on the brink of collapse a matter of days ago, with Arsenal closing in on a £64m double deal that might open the door for Tottenham’s own £94.5m triple swoop.

Jokanovic was disappointed but accepting of the situation after a chastening defeat which left the Blades in the relegation zone as the only Championship side yet to score so far.

“It’s not really what I want but it’s difficult to stop this kind of situation,” he admitted after the defeat, which saw West Brom go top of the Sky Bet Championship.

“It’s a huge deal for the club and we have been relegated from the Premier League, so it’s complicated to say no.”

Jokanovic will now hope to be able to spend much of the fee to strengthen his squad to improve their chances of an immediate return to the Premier League after taking just one point from their first three games.

“I can’t say how much we will invest but we will definitely need to invest some of this money on an improvement to the squad,” added the former Watford and Fulham head coach.

Michael Verrips replaced Ramsdale and endured a torrid night against West Brom’s set-piece onslaught which yielded three goals, with the Dutchman at fault for two of them.

“It was Michael’s first game in the Championship and it was not an easy night for him,” admitted Jokanovic. “They pushed us off the field.”