Home All The News Sheff Utd, Newcastle among clubs targeting Cork from Burnley 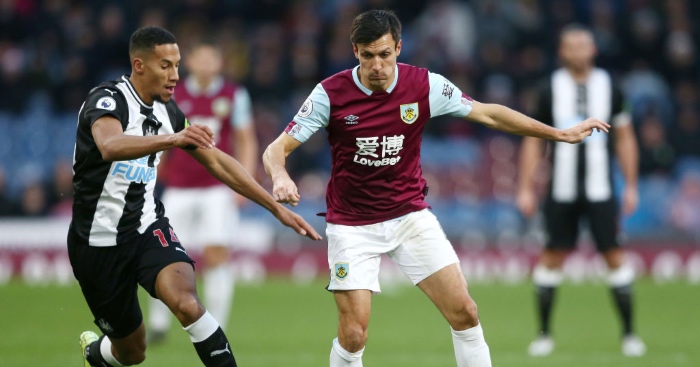 Sheff Utd and Newcastle are two clubs hoping to sign Burnley midfielder Jack Cork at the end of the season, according to reports.

The player’s contract is set to expire in June 2021 which means he can leave on a free transfer.

His situation is made even more interesting by the current form of Burnley, who are winless this campaign.

According to the Daily Mirror, Sheff Utd and Newcastle are joined by Brighton in the hunt for Cork.

Burnley are in the midst of a big financial takeover which is why Cork’s contract negotiations have been postponed.

They are yet to table a new offer for the 31-year-old.

That means he will likely be able to talk to interested clubs in the near future.

The report states that Cork could make a move to Brighton to link up with former teammate Adam Lallana.

The pair played together whilst at Southampton and are rumoured to have a good relationship.

Another potential destination for the Englishman is Sheff Utd.

They are prepared to lose midfielder John Lundstram this summer as the player continues to stall on a new deal.

It’s thought that he wants an improved contract, which Blades officials are reluctant to offer.

That means Cork could come in to replace Lundstram as a midfield option for manager Chris Wilder.

The third club monitoring him is Newcastle. Steve Bruce is always trying to improve his side despite tight financial restrictions.

Cork would provide his team with plenty of Premier League experience and also bolster his midfield options.

There is always a chance that the player will remain at Turf Moor, which would be ideal for Sean Dyche.

But contract talks are yet to start, meaning Burnley will have to act fast if they are intent on keeping him.