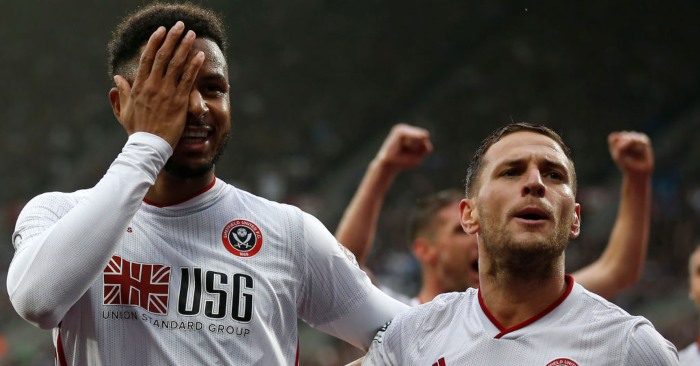 When Chris Wilder was appointed by Sheffield United in May 2016, the club was in stasis. They had just finished 11th in League One, their lowest position since 1983. If the directors still had ambitions of Premier League consolidation, precious little had been done to achieve it; United had not even been in the second tier for five years.

Two things bothered Wilder more than most. The first was a collective deflation among supporters. Sheffield United had boasted the highest home attendances in League One, but that was only half-truth. In 2015/16, only an average 61% of the home section was filled. A lack of trust between fans and club had festered, and the gap was growing.

Wilder’s other gripe was Sheffield United’s lack of on-pitch resilience. When a historically big club falls into the third tier, it becomes the cup final for 23 other clubs, a giant to be slayed. Leeds United, Nottingham Forest and Sheffield Wednesday had encountered the same issue. In those circumstances, reputation counts for nothing.

There is no easier way to demonstrate the Chris Wilder effect than by judging Sheffield United’s response to that second problem. In 2015/16, they lost nine matches by more than one goal; setback only provoked further setback. Across the 163 matches of Wilder’s tenure to date, from League One to the Premier League, they have again lost nine matches by more than a single goal. They haven’t done so once in the last 14 months.

For all the talk of the ‘12th man’ and supporters inspiring their team, it is a one-way street. Sheffield United supporters never stopped loving their club; that option is not open. But Wilder has allowed them to like it again.

No manager in England has done a better job over the last five years than Wilder. Having taken over Northampton Town when they were bottom of the Football League, he secured mid-table safety in his first full season and then won the title with 99 points in his second.

Wilder won the League One title in his first season at Bramall Lane, and automatic promotion to the Premier League at the end of his third. Sheffield United currently sit eighth and have the joint-best defence in the division despite having already played four of the top six highest-scoring teams. To put his long-term consistency into some context, Wilder has lost only 23% of his matches since August 2015; Jurgen Klopp’s career loss percentage is 24%.

There are no such things as miracles, at least not in the mystical sense. A miracle is created in a thousand unseen parts. Perfect each of those parts, and success can become self-propelling until it grows beyond any reasonable expectations. If the end result is considered wondrous, the parts rely only upon tangible logic. Wilder’s brilliance lies not in the miracle, but in the simplicity of the logic of his principles.

“It all goes back to the players putting everything out on the pitch,” Wilder told the Guardian in November 2017. “They commit to the game, so the support gets behind them straight away. They see players competing, putting in the effort and enthusiasm. Then, the players are free in the head to produce their best.”

Harder, better, faster, stronger. It seems comically simple for Sheffield United’s rise to be founded on pure effort, but Wilder is happy to validate that theory. Even if his 3-5-2 system – using overlapping central defenders and wing-backs to create overloads out wide – is innovative enough to draw effusive praise from Marcelo Bielsa, its success depends upon the tenacity and stamina of seven outfield players (wing-backs, outside central defenders, central midfielders).

The personnel is crucial. Wilder signs players based on who they are as much as how good they are. The interesting theme across Sheffield United’s squad is the number of players who had tasted life at a big club and then dropped down the divisions, thus giving them an added hunger not to let their career go to waste. John Lundstram came from Oxford United but started at Everton. Enda Stevens was signed from Portsmouth but started at Aston Villa. John Fleck from Rangers via Coventry City. Jack O’Connell, Chris Basham, Oliver Norwood, Callum Robinson and John Egan all spent time at Premier League clubs before dropping into the Football League. Wilder has a type.

The other trend is nationality. Since 2012, only three players who represent countries outside of Britain and Ireland have played 20 games in a season for Sheffield United (although Lys Mousset will surely make it four). Two of those (Nick Blackman for Barbados and Lyle Taylor for Montserrat) were born in Salford and Staines respectively. That leaves David Edgar, who was born in Canada but moved to Newcastle when he was 14. To repeat: Wilder has a type.

It is impossible to avoid the temptation of extrapolating this to Sheffield United’s geographical location. There is a Yorkshire grit to Wilder’s management that persuades you this project would not be possible – or at least as successful – within the M25. The supporters have bought into him because he is one of them and so represents them and their values. The manager is a South Yorkshireman and the captain is a South Yorkshireman. When you are so reliant upon effort to create a team greater than the sum of its parts, that matters.

Wilder’s prolonged success in the top flight would raise interesting questions about our assessment of the ‘right’ attributes for Premier League football. English youth coaching is in the middle of a technical revolution in a bid to compete with the development of players elsewhere in Europe. The reasonable theory is that passion and effort can only compete with technical quality to a point – it has a glass ceiling. But how do we level that with the consistent overachievement by Wilder (and Sean Dyche) based on simpler principles? Wilder’s team plays front-foot football, using innovative tactics, but of a different kind.

Sheffield United’s ten Premier League matches this season have featured 17 goals. No team in England’s top six tiers has been involved in so few goals, and no team in Premier League history has ever been involved in so few across the course of a season. Sheffield United games also contain the fewest shots and shots on target in the Premier League. Football without goals is not always unenjoyable, but there is generally a positive correlation between goals and entertainment.

But again Sheffield United are flipping our assumptions. Their style and watching how the opposition counter their threat makes United appointment television. Matches against Arsenal and Liverpool contained a total of two goals, but they were both pulsating encounters. There is something alluring about watching a Big Six club face weaker opposition who are not content merely to dig in and defend.

There can be a great deal of glumness about life in the Premier League for those who sit outside of its supposed elite. The opportunity to test yourself against the best inspires players, but the regular defeats give supporters a special kind of ennui. Rising up to the glass ceiling is far more enjoyable than banging your head against it.

But for Sheffield United supporters, none of the headaches and all of the fever. Bramall Lane is electric again, the cheers and jeers and songs from throngs reverberating around the old ground as if to commemorate the awakening from a deep hibernation. The gallon of magnet, the packet of woodbines and the night out in Sheffield; nothing has really changed, only reborn. The disappointment of supporters at failing to thwart the European champions felt so unlikely that it made them giggle. Arsenal paid the price for their resolution to overcome it, and they giggled again. If they have ever had it so good, they cannot remember when and do not wish to try. That is the true mark of halcyon days.

If that in itself doesn’t make Sheffield United unique, their journey does. This is a football club that has become the best it can be through contradictions: low-scoring football that thrills, innovative tactics blended with old-school grit, a distinctly British squad and manager appreciated by foreign tactical masters, a miracle built upon tangible, humble qualities.

It may not last forever. It may not even last the season. But that doesn’t really matter to Sheffield United or those who come again to watch and wonder. It is enough to prove that it could be done. Because that means it could be done again.