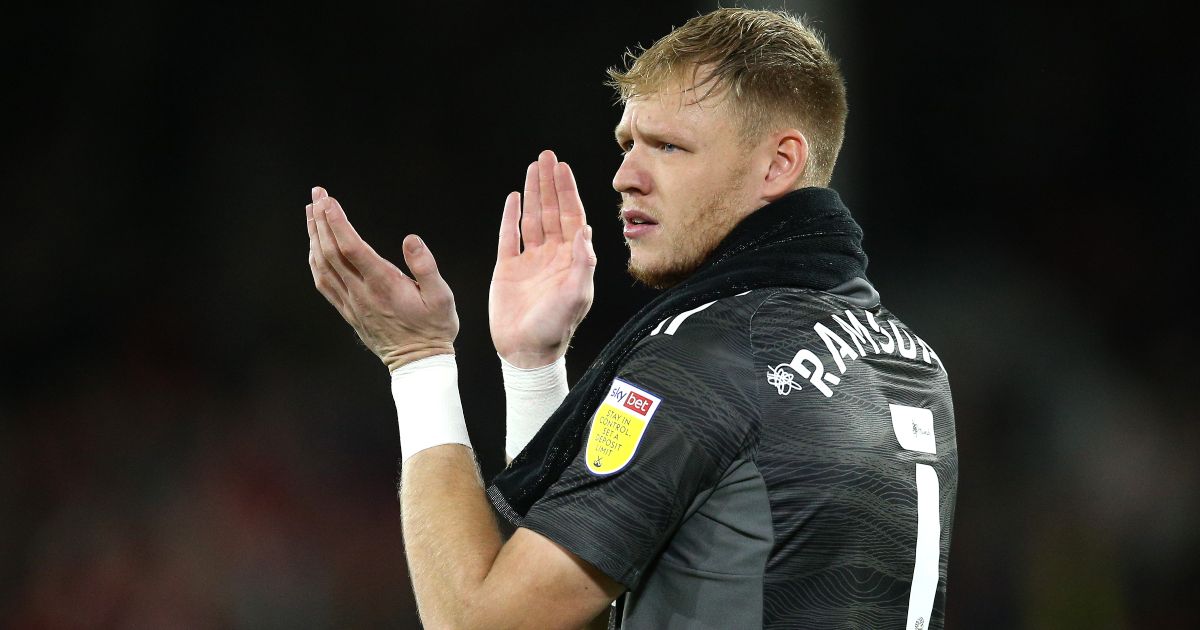 Sheffield United are lining up an offer for Queens Park Rangers goalkeeper Seny Dieng as Arsenal continue their pursuit of Aaron Ramsdale, according to reports.

The Gunners have been heavily linked with Ramsdale over the past few months as they look to give Bernd Leno some serious competition.

Ramsdale was named the Blades Player of the Season in a miserable Premier League campaign which saw them finish bottom on just 23 points.

Ramsdale – who was part of Gareth Southgate’s squad that reached the final of Euro 2020 – started for United as lost their opening match of the Championship season 1-0 against Birmingham City.

There have been reports that Arsenal have already made a £30m bid for Ramsdale but that Sheffield United want £40m for their number one.

But The Sun claim that Arsenal are ‘pushing to complete’ a deal worth £32m for Ramsdale with the Premier League club also interested in Sander Berge.

It is understood that United are lining up QPR keeper Dieng – who won his first cap for Senegal in March – as a replacement for Ramsdale.

He played 42 times last season as QPR finished ninth in the Championship with the 26-year-old said to be attracting Premier League interest.

The report says Sheffield United’s ‘eyes are on’ Dieng and the goalkeeper ‘could move for about £6million and the Blades will have that cash after tying up a move for England squad man Ramsdale to the Gunners.’

The Blades are also thought to be interested in Crewe Alexandra winger Charlie Kirk, The Sun add that United are ‘keen to snap’ him up for £500,000.

Meanwhile, United boss Slavisa Jokanovic has urged patience after watching his side narrowly lose their first match of his tenure.

After the loss to Birmingham, Jokanovic said: “We didn’t perform badly. They scored with their first shot. This is my general feeling about the game.

“I am of course disappointed with the result. We cannot be happy because we didn’t make our supporters happy.

“We showed a lot of things we tried working with. The players showed personality and character, looking to score goals.

“Yes, we need time. I am not unhappy with our effort today. We need to improve some parts of the game but what is really important for us is to improve and be more clinical.

“We need to find a way to be more calm. We will find this way in the future to be successful.

“We are making plans to bring in people but right now I am only thinking about my players here. Tomorrow we can talk about new players. I hope we can bring in players soon.”