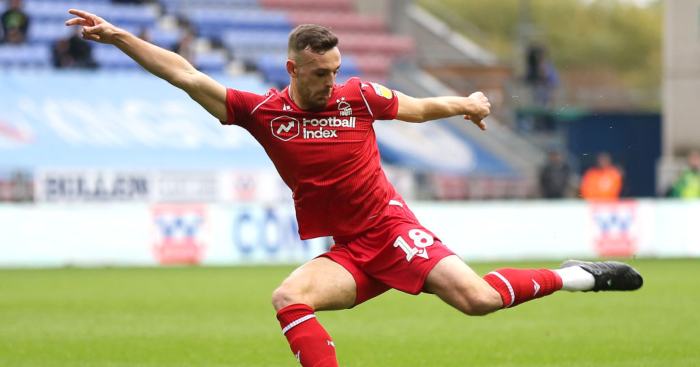 Robinson, 26, has joined on a two-and-a-half-year contract and is the Premier League club’s second signing in January.

“Jack’s got a great pedigree and he will make our squad stronger,” Blades boss Chris Wilder told the club’s official website.

“But he isn’t just coming in to make the numbers up, it’s a specific position in our system and we feel he is the best option for us at this time.

“Jack can comfortably play in a couple of roles and we’re delighted to add him to the group. He’s got a fantastic attitude and he’s ambitious to earn a place in the team.”

“It’s a privilege to sign here, excited to be back in the @PremierLeague. I’m ready to show the fans why the gaffer has signed me”

New signing Jack Robinson is thrilled to be a Blade, listen to his first interview here 👏👇

Robinson progressed through Liverpool’s academy and is the second-youngest player to make their first-team debut for the club, aged 16 and 250 days.

He made three league appearances for Liverpool and had loan spells at Wolves and Blackpool before completing a permanent move to QPR in 2014.

Robinson moved on to Forest in the summer of 2018 and made a total of 59 appearances for them in all competitions.

The Blades signed free agent and former Everton and Sunderland midfielder Jack Rodwell earlier this month on a deal until the end of the season.