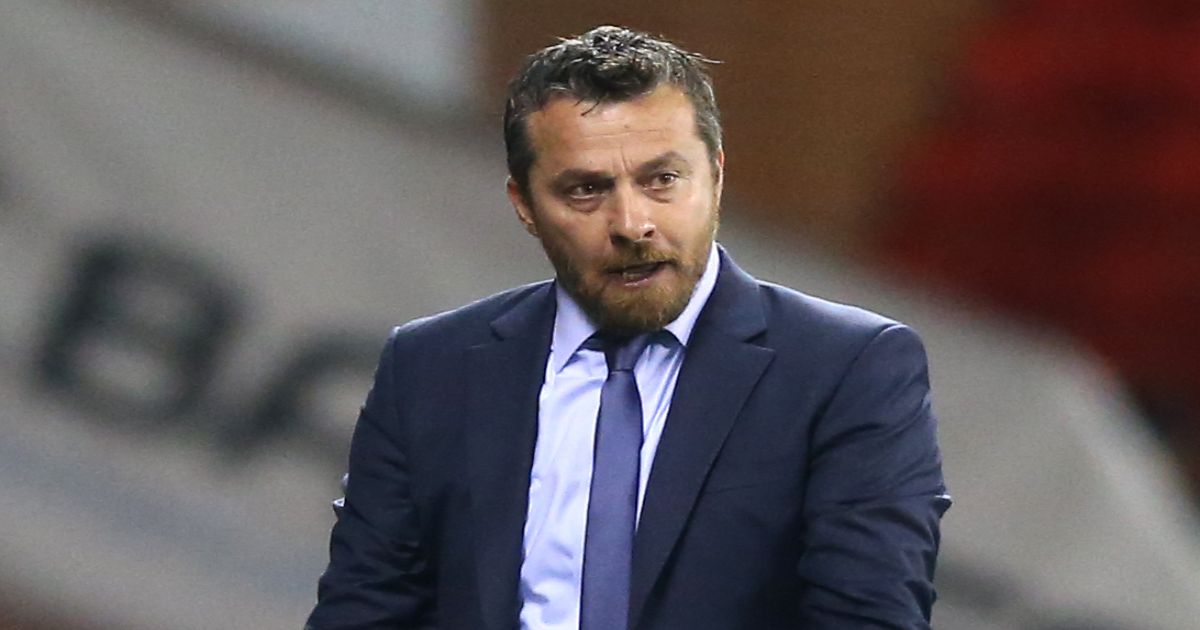 When the equally long-awaited and torturous parting of ways between Sheffield United and former manager Chris Wilder came to pass in March, it represented not just the end of a hugely successful era, but quite possibly the end of any hope that the Blades could remain even vaguely connected to the elite.

But with the appointment of Slavisa Jokanovic, Sheffield United have installed a cheat code which should bring back the holy trinity of entertaining and winning football, a reconnection between club and fans after over a year away, and the chance to write even more history.

With the mutually agreed exit between Wilder and his former charges and boyhood club, Sheffield United fans could be forgiven for wondering how what came next could feel anything but a let-down from the previous four seasons, in which Wilder had transformed the Blades from a club in League One purgatory to swashbuckling pioneers in the top half of the Premier League.

Add to that the fact that Wilder was a boyhood fan, a Bramall Lane ball boy and a former player over two spells, and the magic increases only further. Much like Liverpool’s Istanbul final in 2005 or the Sergio Aguero-inspired maiden Premier League winning season for Manchester City, it seemed everyone connected to the red, white and black corner of the Steel City had reached the pinnacle of football fandom.

Enter stage left: Mr Jokanovic, the Championship cheat code offering as close a guarantee as is possible to bringing good times back to Bramall Lane alongside the return of fans after a year in which their absence has also brought an absence of victories, goals, excitement, fusion, Premier League status and ultimately, the manager who adorned the touchline the last time a capacity crowd formed in S2.

For a club on such a downward spiral as United, eighth when the footballing world came to a Covid-inspired standstill to relegation with the seventh lowest points total in the Premier League era, it would have been easy for the negativity to engulf all that touched the club, following in the footsteps of some of their relegated predecessors of yesteryear to double-drop their way down to League One.

The antidote to that? Bring in a proven winner. In two of his three full Championship seasons in charge, one at Watford and two with Fulham respectively, the Serbian has gained promotion, the first automatically and then with the Cottagers through the play-offs, both completed with equal aplomb. The season to spare: a campaign prior to Fulham’s promotion that brought a top-six place after they had finished 20th the season before.

What came afterwards matters little. When you hire the towering former Chelsea player, you are not building the foundations for long-term success. Instead, you get a manager who inspires instant results, something Sheffield United need now more than ever.

That is not necessarily because a return to Premier League football is needed in South Yorkshire. Given the club were dangling in League One obscurity for years prior to Wilder’s inspired appointment, to be in the Championship with plenty of optimism represents a massive improvement in fortunes, even if the highs have been higher in recent times.

But a return to fighting for a cause bigger than pride is always welcome, given United’s relegation looked confirmed even before the halfway stage of last season. Without Jokanovic, it would be difficult to gauge what would constitute success for the Blades this campaign.

The hiring of the 52-year-old makes for an interesting fork in the road; here is a manager who has only managed more than a century of games with one of the nine clubs he has led, failed to reach the 60-game mark with another seven and managed just 12 and five matches in charge of Levski Sofia and Hercules respectively.

With such extreme numbers, he appeared a match made in heaven from the start for the Pozzo-owned Hornets with their revolving door of managers over the past decade, but Sheffield United will take heed from the lengthier spell the Serb took in charge of Fulham, turning around a club mired near the Championship relegation zone to an eventual 20th-place finish in the second tier of English football in a half-season in charge at SW6, to consecutive play-off campaigns resulting in promotion back to the top flight.

If Jokanovic was capable of turning a club finishing 20th in the Championship into promotion contenders, then he has the capabilities of taking a club from 20th in the Premier League – who are likely to retain much of that squad – to a similar finish.

Likewise, his time with Watford saw a club hurt by play-off agony and reeling from a subsequent mid-table finish under a myriad of managers, each appointment more ill-considered than the one which came before. It ended with a barnstorming run to automatic promotion to the Premier League and Jokanovic departing before the ticker tape had been brushed away.

Life will not be boring for however long Jokanovic is at the club, with plenty of ups to be expected at Downtown Bramall Lane, be it for five matches or 150. It would be foolish to suggest Jokanovic can enjoy anywhere near the same relationship with the fans as Wilder. After all, he was one. But the former holding midfielder is one of few men who can hold a candle to what the man before him achieved.

🗣️ First big #Championship job of 21/22 goes to Jokanovic, who last time he was here took #FFC up with Cairney, Sessegnon and Mitrovic!

❓ What do you think of the hire? Here’s my reaction..

Going in hard and early to get the man they desired, something United’s potential promotion rivals West Brom have failed to do with their own targeted approach of Wilder, is an excellent sign. It is likely to be by far the biggest change at the club over the summer, with a largely settled if ageing squad in little need of instant repair.

That suits Jokanovic’s short-termism to a tee, as does having two forwards on the books who in their last seasons at this level – both with Swansea City – scored 32 goals in 54 appearances, while full/wing backs Jayden Bogle and Max Lowe, themselves a pairing from white with black trim in Derby County, will expect to kick on at this level after intermittently impressing during the second half of last term.

Admittedly, Jokanovic has preferred a back four throughout most of his managerial career, employing a 4-3-3 largely at Fulham before the mess that was his time in the Premier League. With fans having long called for a change of formation, particularly once relegation was confirmed, they might just get their wish, though with the caveat that the impressive flock of youngsters have also trained largely to that 5-3-2 formation Wilder instilled in South Yorkshire. That will be a balance Jokanovic has to get right, but this is a man who allowed Ryan Sessegnon the freedom required to become one of the hottest talents in English football before he was old enough to buy a lottery ticket.

In hiring Jokanovic, Sheffield United have themselves found a winning ticket. It may not be the Euromillions jackpot that was Chris Wilder, but it will certainly allow them a fun-filled party, enough to make some fantastic memories and still have some left over for a holiday. The good times could well be back sooner than anybody could have imagined in a post-Wilder era for the Blades.