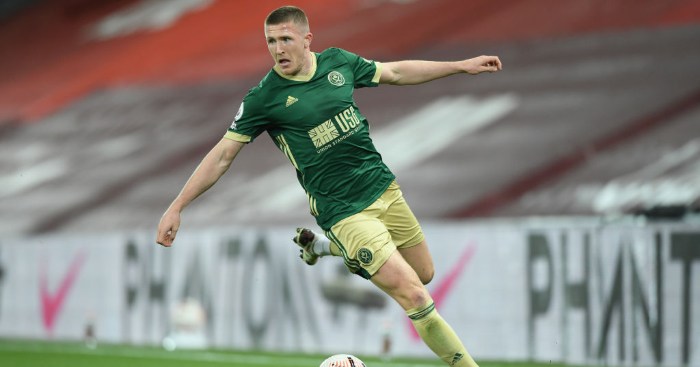 Sheffield United midfielder John Lundstram looks set to leave the club in January, according to reports.

The midfielder came through the ranks at Everton, but he failed to make one senior appearance for them. He had six loan spells away from the club between 2013 and 2015 before he left permanently in August 2015 to sign for Oxford United.

He established himself as a mainstay in the Oxford team during his two years at the club. Lundstram made 104 appearances in all competitions for the Us and he scored four goals.

His form for Oxford earned him a move to Sheffield United, who had just been promoted to the Championship. The 26-year-old joined for around £700,000 and he made 36 league appearances for them during his debut season.

Sheffield United were promoted to the Premier League at the end of the 2018/19 season. Their return year in the top flight proved to be a very successful one, and Lundstram played a bit part in that.

He scored five goals and got three assists from his 34 league outings as the Blades finished ninth in the Premier League.

The midfielder has also played in five of Sheffield United’s six league games so far this season. He is now in the final year of his contract with the Yorkshire side. Talks have been ongoing between him and the club about a new long-term deal.

But Sky Sports are now reporting that Lundstram has rejected their most recent offer, which opens the door for him to leave in January.

Crystal Palace, Burnley and Rangers are said to be the main clubs interested in signing him at a cut-price in January.