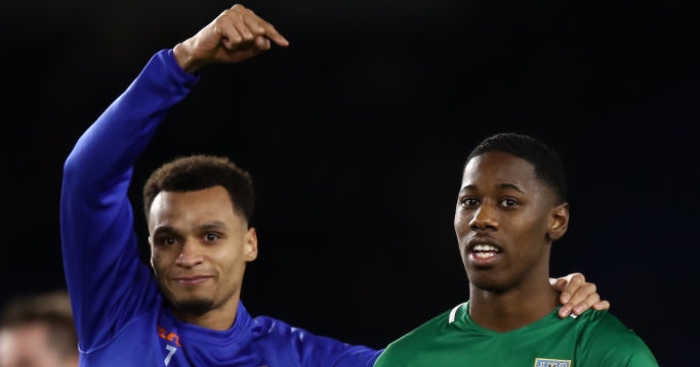 Sheffield Wednesday defender Osaze Urhoghide insists he will not get carried away by his “dream” senior debut after helping dump Premier League Brighton out of the FA Cup.

The 19-year-old Londoner was left contemplating his footballing future last summer when his contract expired at League One club AFC Wimbledon.

He later joined the Owls after impressing on trial and produced a solid display after being thrust into first-team action for Saturday’s 1-0 third-round success at the Amex Stadium.

“What a stage to make my debut. I’m so happy. The hard work I have put in, people don’t understand what I’ve been through,” he said.

“When I came out, I was looking around, I was like, ‘wow, this is a proper match day’. I loved it.

“I’m not going to let this get to my head, it’s just a first.

“I am going to push on for more, there’s always more. I am going to work hard in training and try and play the next game.”

The result ended a run of three successive defeats which have seen the South Yorkshire club fall behind in the Sky Bet Championship promotion race.

Right-back Urhoghide was told on Friday by Owls boss Garry Monk that he would be playing and contributed to a clean sheet with his father and brother watching from the stands.

“In the summer my contract ended with AFC Wimbledon, I was looking for a new club,” said Urhoghide.

“It was tough, I didn’t know where I was going to end up and Sheffield Wednesday picked me up.

“I just want to thank (manager Garry Monk) for putting his trust in me. I’m glad to pay him back and get the clean sheet and the win.”

Brighton, who reached the semi-finals last season, made seven changes for the game, while Wednesday made six.

Albion defender Shane Duffy has played a reduced role in the Premier League this term and rued a missed opportunity in his efforts to become a more focal figure under head coach Graham Potter.

“It was a chance to impress so it’s disappointing,” centre-back Duffy told Brighton’s website.

“It is going to hurt for a couple of days but we have to regroup next week and concentrate on the Premier League.

“A lot of players wanted to put their name in the hat for Everton (next Saturday) but we have to pick ourselves up and produce a reaction.

“We normally get that after a defeat and I’m sure we’ll get one.”