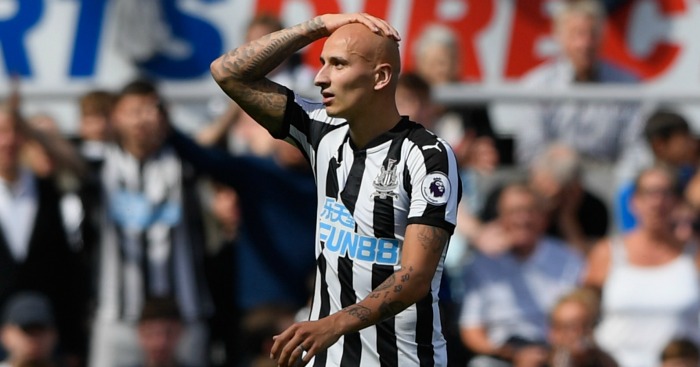 Jonjo Shelvey revealed that he is seeing a psychologist for his anger issues…and two days later he was sent off for treading on the ankle of Dele Alli in the opening game of the Premier League season.

The Newcastle midfielder spoke exclusively to the Daily Mail last Friday, ahead of Sunday’s clash with Tottenham.

Those quotes have now been published, with Shelvey apparently very aware that he has a problem with his reactions on the football pitch.

“Look, sometimes I just need to rein in it in on the football pitch. I need to just shut up and stuff. I need to not get involved and walk away.

“I started to see a psychologist last year to work on the mental side of things. It was after the Forest game. I was sent off.

“I had kicked out at this lad and it was just childish.

“When people wind me up I should just laugh. I do need to get that out of me. Sometimes you can’t help it.

“I started to work with this fella and after that there wasn’t really an incident when I did that. I started to learn to keep my head down and just get on with the game. But it’s an ongoing process and I am still working with him.

“Sometimes I can lose my head and it can’t keep happening.”