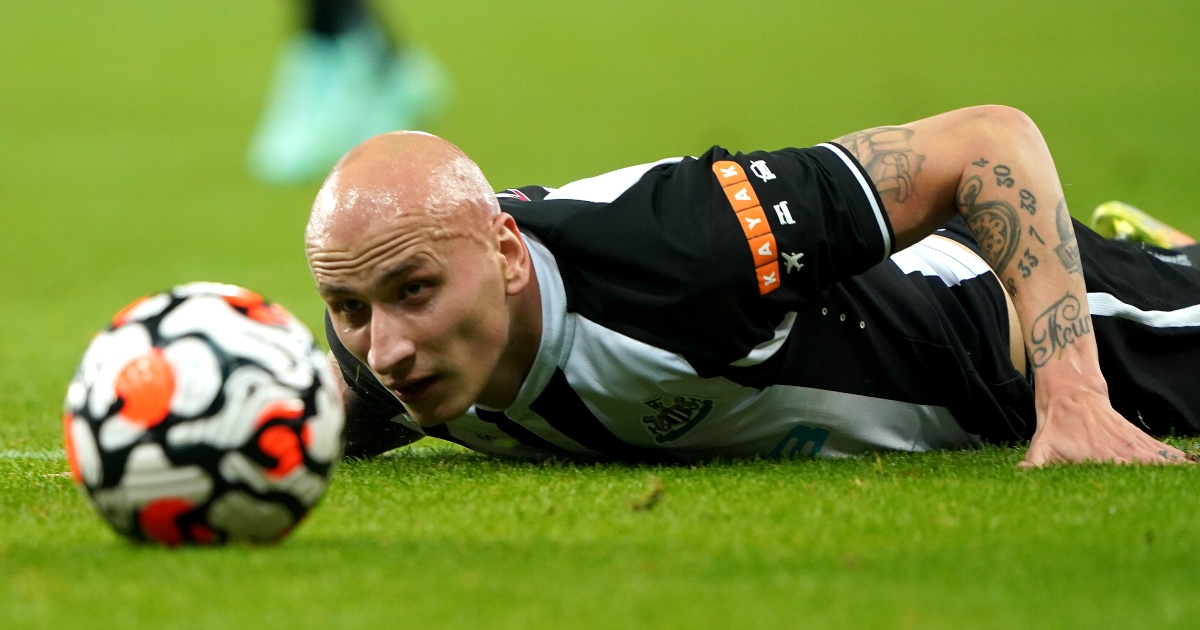 Newcastle midfielder Jonjo Shelvey has revealed that the players are sometimes asleep by 8pm due to new manager Eddie Howe’s intense training techniques.

Howe took over from Steve Bruce before the most recent international break and was set to take charge of his first game against Brentford last weekend. However, the former Bournemouth boss tested positive for Covid and was left watching his new side from home.

Newcastle drew 3-3 in a thrilling affair at St James’ Park and now Shelvey has spoken about the first few weeks under Howe.

According to the Mirror, Shelvey said: “It is very intense. You are on it every second of the day.

“You are constantly thinking of football. That is the way football should be played. He has galvanised everything.

“You are training but, like last international break, I would be asleep by 8pm every night because we were shattered from training!

“It takes getting used to but the lads are there now. We have to work day by day and week by week to get the results.”

The midfielder continues by admitting that all the players are behind Howe and his more attacking philosophy.

“Everyone is on board with what they want to do. You could see from the Brentford performance we were on the front foot, pressing more, more chances and better on the ball. For me personally it was better to play in that style so it is good.

“We go to Arsenal with a plan about how to win the game.

“When a new manager comes in you never know where you are going to stand. He said everyone has a clean slate and everyone has jumped on board what he is trying to do.”

Elsewhere, former Lokomotiv Moscow president Nikolai Naumov has slammed Ralf Rangnick who is set to take over at Manchester United.

“It’s not about Manchester. For Rangnick, this is no escape, betrayal, or disgrace. Rangnick is a merchant,” Naumov told Match TV (via Sport Witness).

“He absolutely does not care about football, because he only does business around him. And the more countries, leagues and football clubs he covers, the more he will earn. He’s absolutely indifferent to Lokomotiv. He did not come here to raise football, but to earn money.