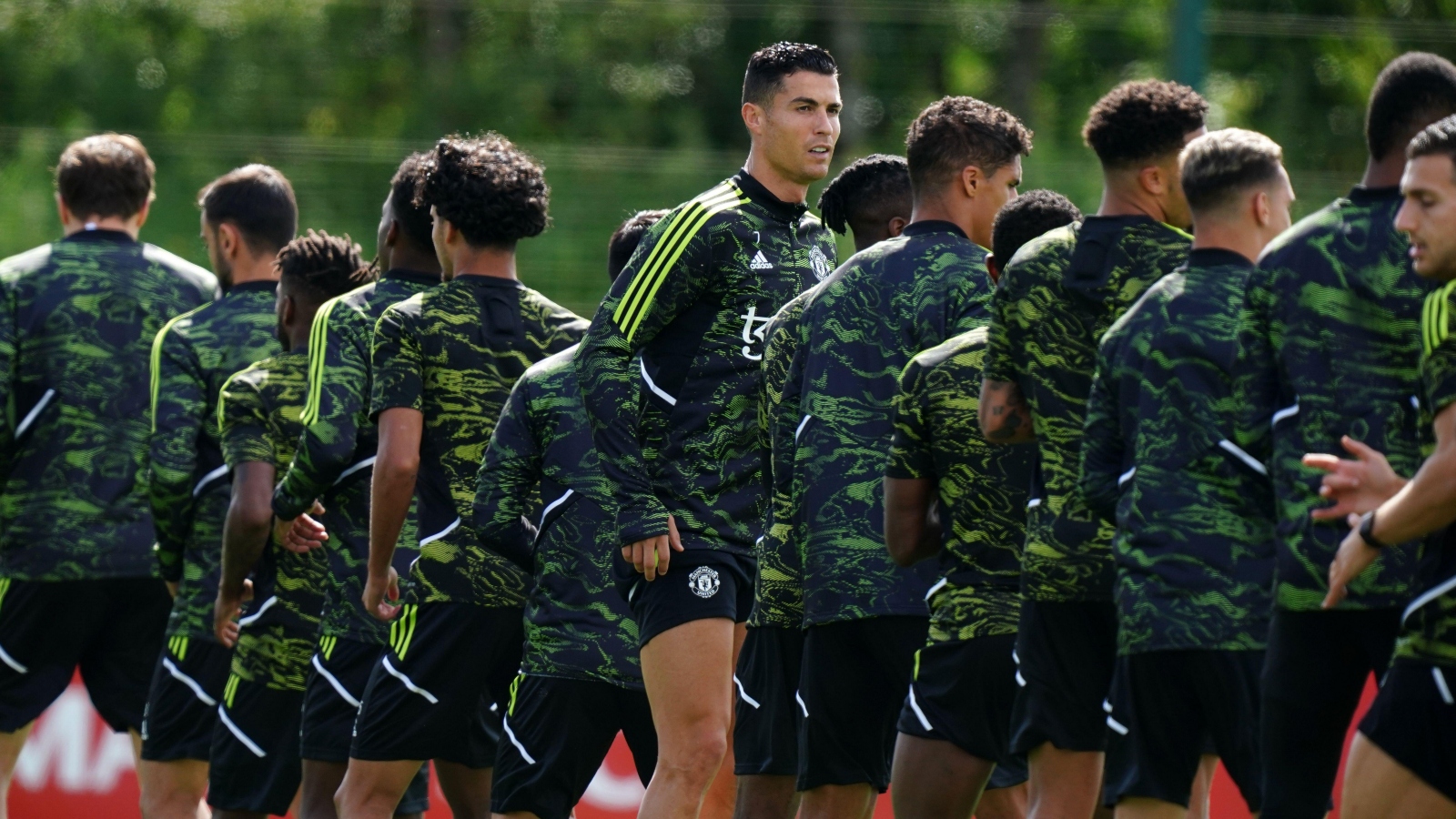 Jadon Sancho and Cristiano Ronaldo both got on the scoresheet as Manchester United strolled to victory against Sheriff in the Europa League group stages.

Sancho opened the scoring hours after he was left out of Gareth Southgate’s England squad. The Three Lions boss has called up 28 players for Nations League games against Germany and Italy.

Ronaldo’s penalty made it 2-0 in the second half as he scored his first goal of the campaign. This was his 699th career goal and it helped Man Utd pick up their first win in the group stages.

After a summer of speculation over his future, it underlined a strong performance from the Portuguese on just his third start under Erik Ten Hag during the 2022/23 season.

The result ensured United’s campaign was up and running after their 1-0 defeat in their Group E opener against Real Sociedad at Old Trafford last week.

Sheriff may have surprised European giants and eventual winners Real Madrid in the Champions League last season but, after much change to their side since, they lacked the quality to consistently trouble United.

The Moldovans did start positively, and Mouhamed Diop fired over from distance after a Diogo Dalot error, but they were caught out as soon as United began to assert themselves.

Sancho, perhaps stung into action by his omission from the national side, finished superbly in the 17th minute after collecting the ball from Christian Eriksen on the edge of the area.

The former Borussia Dortmund star cleverly wrong-footed a defender with a couple of smart touches and guided in a shot off the base of the post.

Sheriff responded well as Iyayi Atiemwen cut inside from the left and shot narrowly wide before also going close from a free-kick later on.

Ronaldo went close to doubling the lead after being released by a quick free-kick from summer signing Antony but shot over.

Sancho was denied another by a goalline clearance from Stjepan Radeljic after goalkeeper Maxym Koval gave the ball straight to Antony.

United’s second came from the penalty spot after Dalot was carelessly tripped by Patrick Kpozo.

Ronaldo struck coolly from 12 yards with a shot straight down the middle.

Bruno Fernandes forced Koval to save with his feet early in the second half and Ronaldo was wayward attempting to place a shot in the top corner after a swift attack.

Sheriff pieced together some good moves themselves at times but lacked any cutting edge. Ibrahim Rasheed sent an attempted lob over and Cedric Badolo shot straight at David De Gea.

Sheriff pressed further in the closing minutes but United were not troubled as they held out for victory.