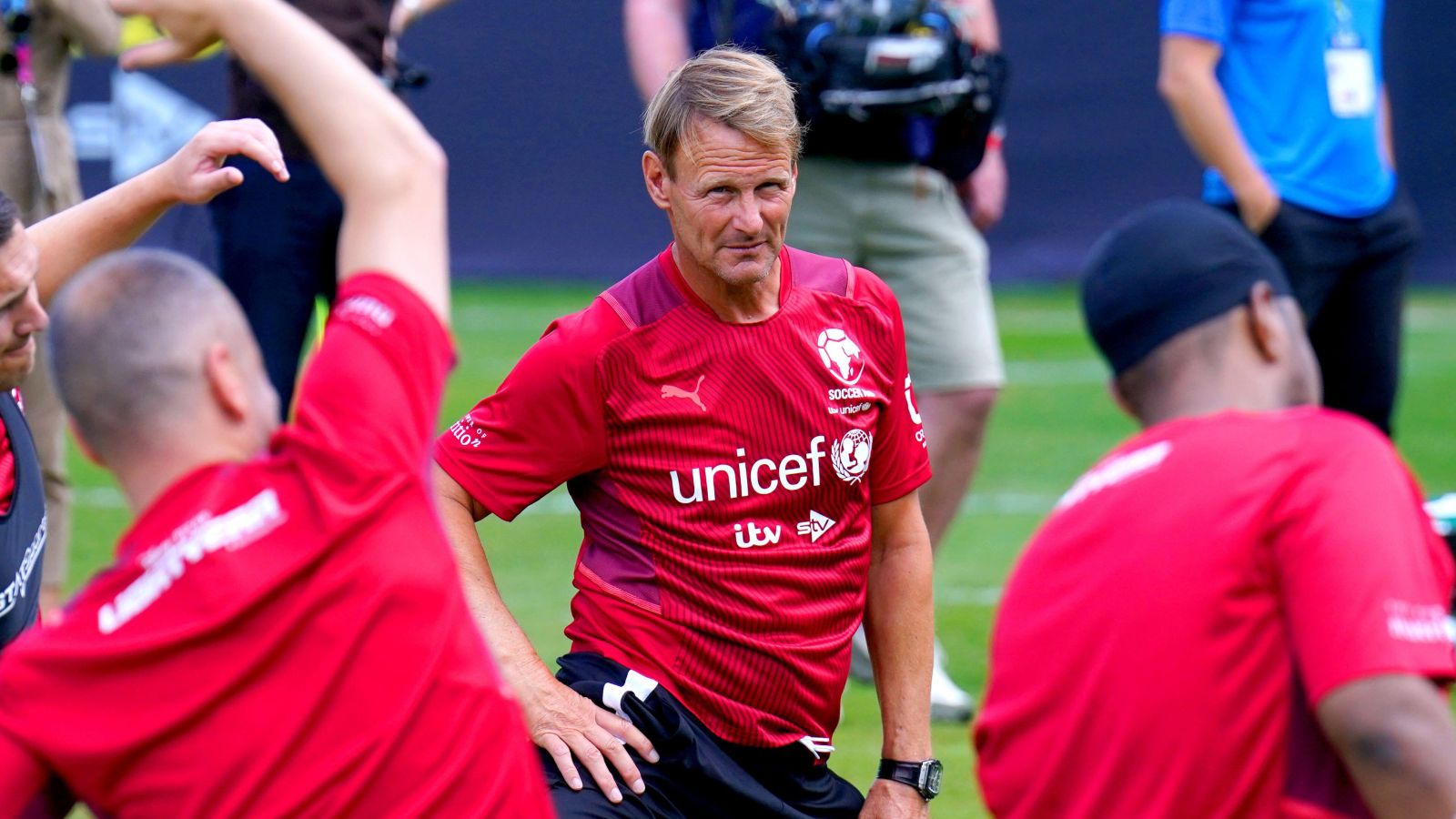 Teddy Sheringham does not think Tottenham Hotspur need Everton forward Richarlison amid reports linking him with a £51m transfer.

It is being reported that Spurs are in ‘advanced talks’ to sign the Brazil international for a fee in the region of £51m.

The attacker has been a key player for Everton over the past four seasons. He has netted 53 goals in 152 appearances across all competitions.

Richarlison helped them stay in the Premier League in 2021/22. He was involved in eight goals in his last ten league appearances.

Spurs have already signed Ivan Perisic and Fraser Forster and they also look set to bring in Djed Spence and Yves Bissouma.

Sheringham does not think Richarlison is a “statement signing” for Tottenham:

“I don’t think he’s what is needed now,” Sheringham told Lord Ping (via The Express).

Sheringham went onto urge Tottenham to sign West Ham star Declan Rice, as he is “an unbelievable player”.

David Moyes has claimed that the Hammers value him at £150m.

The ex-England striker added: “If you’re going to make a statement, and West Ham fans won’t like me for this, then go and get Declan Rice. He is an unbelievable player.

“And he’s good for the next eight years. He’s the man to take us to the next level.