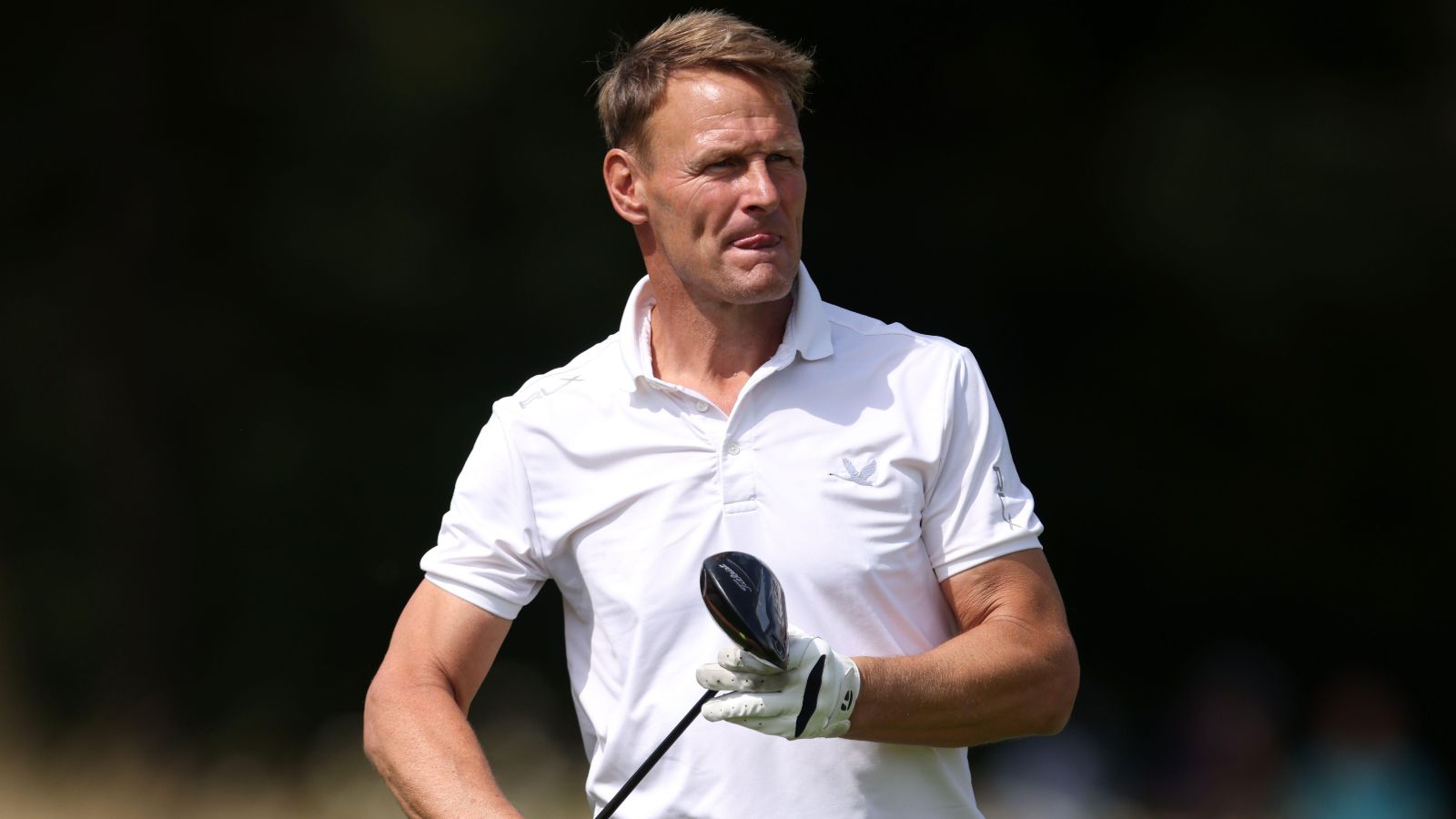 Teddy Sheringham does not think Frenkie de Jong would “set the world alight” if he signed for Man Utd from FC Barcelona this summer.

De Jong has been identified as United’s primary target during this summer’s transfer window.

The Red Devils have already agreed an initial £63m fee with FC Barcelona, but it is claimed that the player has ‘no intention’ to leave.

The midfielder was managed by Erik ten Hag during their time together at Ajax. The centre-midfielder joined Barcelona in 2019. He has played 140 times for the Spanish giants over the past three campaigns.

Sheringham does not think De Jong would grab games “by the scruff of the neck” as a Man Utd player.

Instead, the club legend has called for United to buy Declan Rice or Harry Kane as they would be “statement” signings:

“He’s a big name but I don’t think he is one that is going to set the world alight at United and really come in and grab it by the scruff of the neck,” Sheringham said (quotes via The Daily Mail).

“If they’d have gone out and broken the bank for Declan Rice or Harry Kane – I know West Ham and Spurs fans are going to castigate me again for saying this sort of thing – but that is what you have got to do to make a statement.

“Ten Hag has got one hell of a job on his hands to change the vibe of the dressing room around but signings like that would change the whole ethos of where Man United are going.

“The signings that they’ve made are okay at best… and that is how fans will see it as well.”

Sheringham went onto encourage Man Utd to sell Cristiano Ronaldo this summer so they can “get in two or three players”.

The forward returned to United last summer but he intends to leave before next season if a suitable bid comes in.

Sheringham added: “I half saw it coming. People are saying shall Ten Hag build his team around Ronaldo, but if he wants to go he goes. That opens up a whole new corridor for United.

“You could get in two or three players on that sort of wage and that is a lot of money they could spend each month.

“Life goes on, he wants to go and play somewhere else so get players in that you know who are going to be strong and stable throughout the season.”