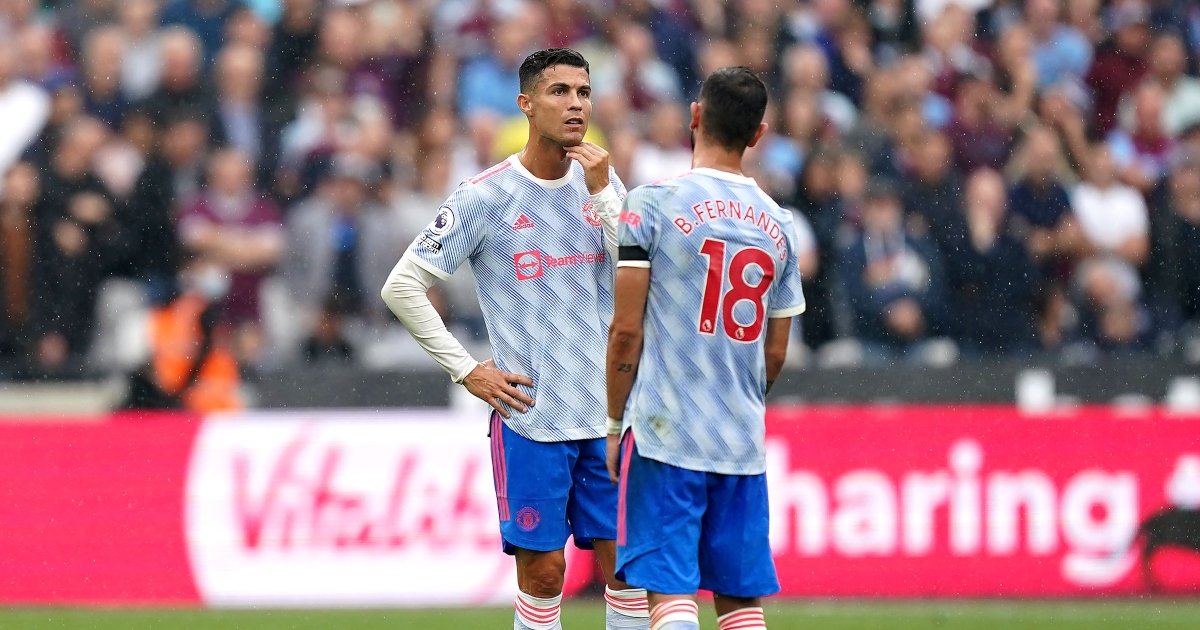 Tim Sherwood has criticised the behaviour of Bruno Fernandes and Cristiano Ronaldo in Manchester United’s heavy defeat at the hands of Liverpool last week.

United were humiliated at Old Trafford on Sunday as Jurgen Klopp’s side ran riot in a game that Paul Pogba saw red for a high, studs-up challenge on Naby Keita.

However, speaking on Sky Sports Soccer Saturday, Sherwood believes a couple of Pogba’s teammates could have seen red too.

Class of ’92 have not stopped mediocrity setting in at Salford

“Poor challenge (from Fernandes). Petulance that is,” said the former Tottenham manager.

“Every chance (that’s a red). If they freeze that Jeff (Stelling), and show him (the ref) it on the VAR, he has to send him off.

“The Ronaldo one is a red card for me. Total petulance. If it wasn’t Curtis Jones here…if that was (Virgil) van Dijk…he would not be doing this to Van Dijk. He’s taking liberties out of a young kid.

“Absolutely out of order and for me that is a red card. I was jumping through the screen there.”

Sherwood was also critical of the leadership at Old Trafford, both on the pitch and off it, as well as the role of Ronaldo in the current United setup.

“I think there’s a lack of leadership from Man United full stop. Weak from top to bottom.

“They look so undercooked, like they are playing as individuals, which is no good. They can all play in possession. Out of possession: what is the plan?

“I keep hearing people saying ‘(Ronaldo’s) not pressing from the front’. He’s never done that. But he’s a world class player. Look at his goals.

“If he doesn’t do what you want him to do, leave him out. He ain’t that silly Ole.

“Keep him there to do what he does best: put the ball in the back of the net and stand up in big occasions. Let him conserve his energy out of possession, but it needs some organisation.

“I think (United) lack real decision-makers. From top, through the coaching staff, to the manager, to the players.”