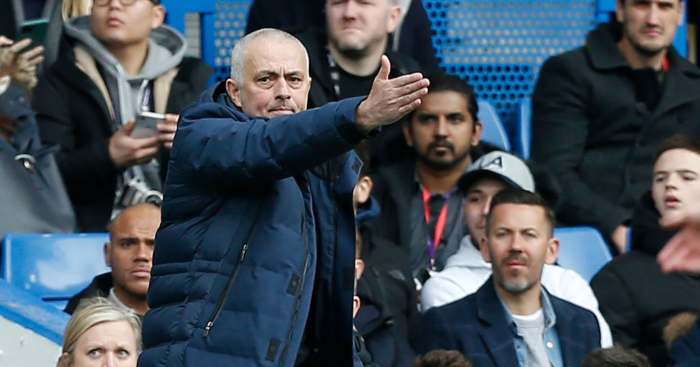 Tim Sherwood has called Tottenham’s “negative approach” in their 2-1 loss to Chelsea on Sunday “absolutely disgusting”.

Goals either side of the half time break from Olivier Giroud and Marcos Alonso were enough to secure a Premier League double for Frank Lampard over his former manager.

Chelsea fully deserved their victory – despite Mourinho insisting his side were “in complete control” – having 17 shots in comparison to Tottenham’s five.

And Sherwood thinks Spurs needed to show a lot more “attacking intent” as they lost their second game in a row.

“They were so bad. The negative approach. Yes they have injuries to Son and to Kane, Mourinho keeps reminding us of that.

“But they’ve got Bergwijn there who can run in behind, they’ve got Moura who has pace. If they’ve got anything they’ve got pace. They both got 15 goals last season which is not the end of the world.

“You have to find a different way. As a coach sometimes you can’t say ‘oh we don’t have a striker’ and throw the towel in.

“If you said to Jose beforehand: ‘Would you take a 0-0?’ he would have taken your arms off. It’s not about that, it’s a London derby! It’s for all of those fans, you need to show more of an attacking intent.”