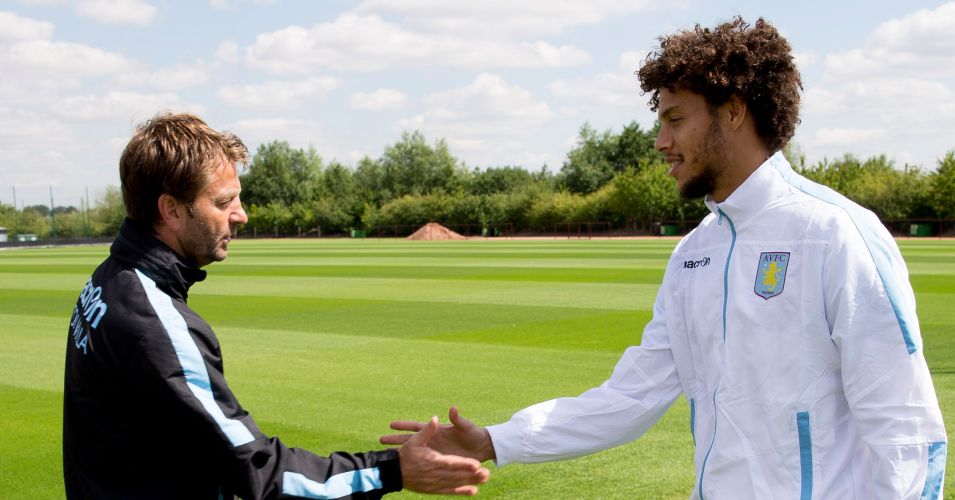 Tim Sherwood feels that summer signing Rudy Gestede could be the cure for Aston Villa’s goalscoring problems this season.

Villa are without a Premier League win since their opening day victory over Bournemouth and have struggled somewhat for goals, scoring just six in as many games.

They sit just one point and once place above the relegation zone as a result, but Sherwood feels £6million signing Gestede, who has featured in all of their games but has only started twice, could be the key going forward.

“We need to get the ball forward quicker,” Sherwood told the Birmingham Mail. “Rudy will help us do that. I don’t want to just smash it forward, it’s not the way I want to play.

Gestede enjoyed an excellent debut in Villa colours with a goal on his debut against Bournemouth, and though he has since failed to find the net, Sherwood has backed the former Blackburn striker.

“Rudy is a one-in-two striker against Championship opposition,” he said.

“No-one likes playing against him.

“I’m not sure West Brom enjoyed playing against him last weekend.

“His progress is fine. There are not too many getting a run in the side at the moment.

“But there will come a time where you have to stick to what is the best. It’s my job to do that.

“Rudy’s attitude and desire and commitment to improve and show his quality in the Premier League is second to none.”