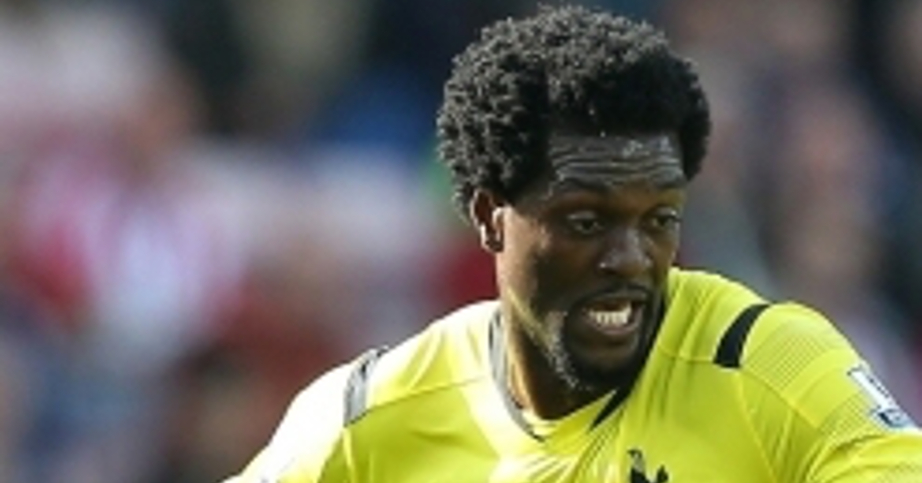 Aston Villa manager Tim Sherwood says he would ‘not hesitate’ to sign Emmanuel Adebayor should the Togolese striker make himself open to a move.

Adebayor was released by Spurs at the weekend, bringing an end to his four-year spell at White Hart Lane.

This after the Togolese frontman was linked with a loan move to Villa Park in the off-season, with reports suggesting the club had balked at his wage demands.

Sherwood, however, insists he remains open to a move for the former Arsenal man but expressed his disappointment at missing out on the 31-year-old, who is unable to join a new club until January after being registered as part of Spurs’ league squad.

“I would not hesitate. If he had the desire to want to come and play football again, I would have taken him in a heartbeat,” Sherwood is quoted as saying by Goal.

“We still have to respect his decision, whatever he makes. It’s his – I can’t influence it.

“Am I disappointed? I’m disappointed for him because he’s not going to play. He’s too good a talent – I’ve seen that first hand – to not play any football, but unfortunately I don’t think there’s any window open for him now.”