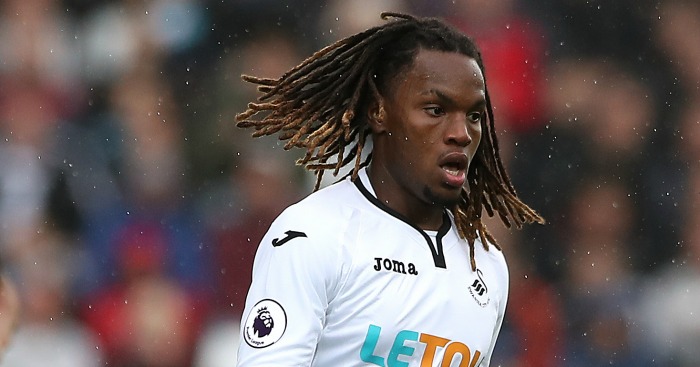 A trio of pundits have laid into Swansea midfielder Renato Sanches after his latest performance.

Sanches started against Bournemouth as the Swans laboured to a 0-0 draw on Saturday.

The midfielder has struggled to impress since joining on loan from Bayern Munich, and for Tim Sherwood, Robbie Savage and Chris Sutton, his display against Bournemouth was the final straw.

“We are talking about Renato Sanches right?” Savage began on BT Sport. “I watched him at Bayern Munich in the Champions League. He’s come to Swansea and you think ‘what’s this kid got?’ And I’m not being funny, he’s been woeful.

“He’s just had a one-on-one situation down the left-hand side, Incey was watching it with me and he’s crossed the ball, nobody in the box, out of play with his left foot. You are expecting more.”

Sutton then interjected: “There is a reason he went to Swansea, isn’t there?”

But that did little to knock Savage off course.

“If I was a lesser player in that changing room who hadn’t won what he’s won, you’re thinking ‘wow, this kid is coming here, wow, he must be good, show me what you got.’ And he’s shown those players nothing,” he continued.

“Why is he getting more opportunities? Let’s be right, it is easier to play for Bayern Munich than it is for Swansea City struggling in the Premier League.

“Bayern Munich, lesser competition, world-class players around you, we can all look a decent player.

“When you’ve got to be the top man…they got too excited in my opinion, Swansea, that this guy was coming into the football club. He’s there for a reason, Sutty’s right.

“He’s going to get every chance because of his reputation.”