Home Competitions Championship Aston Villa News Sherwood: We need to stay up, and if we do… 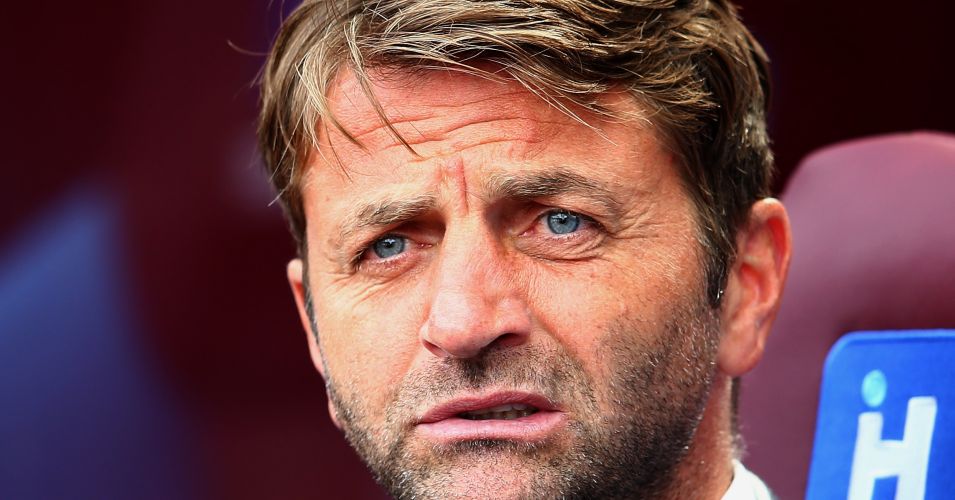 Tim Sherwood says Aston Villa’s start to the season is “a concern”, with the boss admitting relegation is a possibility after defeat to Liverpool.

The 3-2 loss to Liverpool at Anfield leaves the Villans in 18th with four points from seven games, and the previously infallible Sherwood has admitted that the club’s form has already left them battling relegation at such an early stage.

“Obviously it’s a concern,” he admitted. “It’s not nice for everyone but this is a work in progress, I said that from the start, not just in hindsight now when we’re struggling.

“I knew it was going to be a tough season for us. We acquired a lot of new players who need to settle into this division, young guys as well. So it’s a work in progress.

“Our performances have merited better than one win in seven games but I said from the start it would be an uphill struggle. We need to stay in the division and if we do we will be stronger next year.”

“We feel like performance-wise we’re going in the right direction but obviously the points tally is not what we’re looking for.

“We’ll brush ourselves down and work as hard as we always do on the training pitch and try and put that right. It’ll come good.”

After revealing his game plan against Birmingham in the Capital One Cup in midweek was simply to play badly, Sherwood provided some insight into another genius idea he hatched for success at Anfield.

“The game plan was to keep that crowd quiet, make them get edgy and hopefully put some pressure on these Liverpool players,” he said.

“After a minute they got a nice lift, didn’t they? We didn’t get tight enough. We talked all week about that area just outside the box, keeping it compact, no space in there and we’ve given him too much room and Milner’s slotted it away nicely.

“All three goals today were avoidable and we need to tighten up on that. [When] you score two goals at Anfield you expect to take something away from the game but we haven’t.”

Despite the negatives from the game, former Spurs boss Sherwood spoke highly of striker Rudy Gestede, who twice nearly instigated comebacks for the visitors with two well-taken goals.

“I knew Rudy when I brought him to the club that he could score at every level of the game,” Sherwood said.

“I thought the second half of that second half was better when we got the boys who wanted the ball on the floor, we moved it further up the pitch into wide areas where we could deliver crosses for Rudy to score – which he will.

“He’s a real threat and I’m pleased for him to score two goals but we take nothing from that [game]. Two goals from Anfield with no points taken away is very disappointing.”