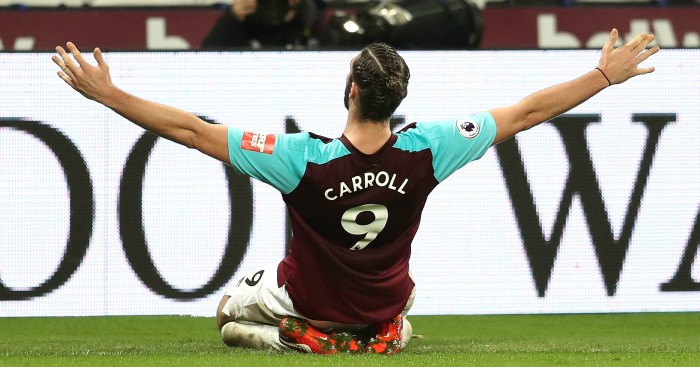 Andy Carroll ‘remains open to the possibility of a move across London’ from West Ham to Chelsea, according to the Evening Standard.

The report claims that the move to Stamford Bridge would be a ‘dream’ for the former Newcastle and Liverpool striker.

West Ham are said to be open to the possibility of selling Carroll, but they are asking for £20m, happy in the knowledge that Chelsea’s desperation gives them power.

They will not countenance a loan, with David Moyes in particular ‘less certain’ about losing Carroll, particularly as there is also interest in Diafro Sakho, Javier Hernandez and Andre Ayew.

Although Moyes has settled on a ‘strikerless’ strike combination of Manuel Lanzini and Marko Arnautovic, he knows that replacing the physicality of Carroll ‘would not be straightforward’.

There is some suggestion that West Ham would be interested in a swap deal involving Michy Batshuayi but the Belgian is said to be keen on a loan switch to Sevilla.