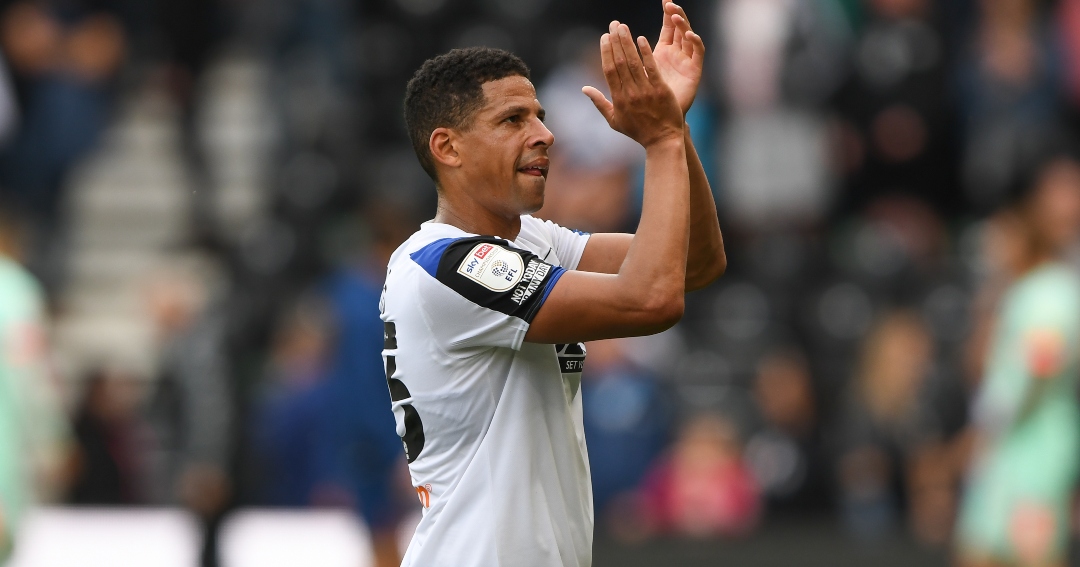 Derby County defender Curtis Davies has revealed his thoughts on the “shocking” news that the club is set to enter administration.

The club provided a statement on Friday night, announcing the club would be placed into administration, amid a number of financial problems surrounding the club over recent months. A 12-point deduction will be handed to the East Midland’s club as a result of the announcement.

Wayne Rooney‘s side were able to claim a 2-1 victory over Stoke City on Saturday, despite the statement being released just hours earlier.

Have the Baggies lost their boing or is this just a blip?

Now, Davies, who was on the scoresheet on Saturday, has offered up his reaction to the news.

Speaking to BBC Radio Derby, the 36-year-old said: “I’ve been at this club a long time and I’ve seen a lot of highs and lows and a lot of things go on. That shocked me.

“I know there’s been different financial things going on, we’ve had this thing hanging over us, that thing, about four different charges, one got cleared, another one popped up, so us as players, we’ve all been playing with the idea that there’s probably going to be a points deduction for something down the line.”

With a 12-point deduction set to come, the Rams could find themselves nine points from safety. That’s without any other potential deductions that could be dished out for other possible misconduct.

However, Davies is refusing to accept that the club is set for relegation.

The Derby man has also urged the clubs young players to take the opportunity that may be given to them if the clubs bigger assets are sold on.

“Throughout the rest of the season there might be people sold, we might have to sell our assets. Does that mean a (Louie) Sibley, does that mean a (Max) Bird, a (Jason) Knight? I don’t know. But all I can say to them is keep focusing, keep ready because they might be needed to see out the season,” he said.

“I had administration as a kid at Luton and that’s the thing that afforded me my debut. From there I was able to get the trust of the manager and from there I made a career.”