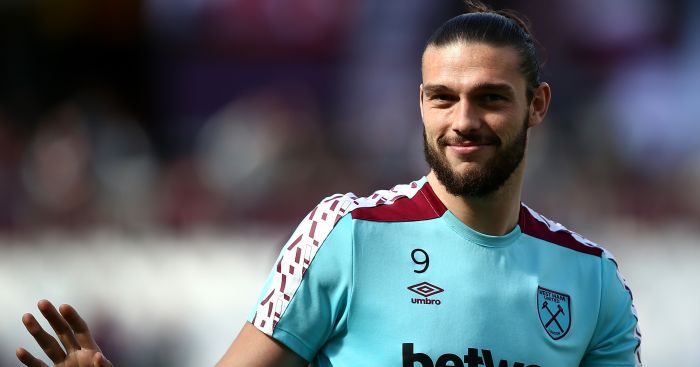 Richard Collinge, head of the club’s medical department, told whufc.com: “Andy played and scored in Sunday’s match (against FC Winterthur) but is still reporting some discomfort in his ankle and further scans have revealed that he requires some minor surgery to provide more strength and stability to the area.

“Winston has been suffering some swelling around the knee injury that he sustained at Swansea last season and he too is in need of explorative surgery to clean up the area.

“We have decided that this is the best course of action to ensure that both players have a chance of returning to full fitness as soon as possible.”

Hammers manager Manuel Pellegrini added: “We are obviously very sad to hear that Andy and Winston have suffered setbacks. This is a big blow for them and us but we hope to see them back in action as soon as possible.

“It does mean that we have lost two senior players in key areas, though, and we’ll continue to work hard with the owners to make further additions to strengthen the playing squad, beyond the five new signings already confirmed.”