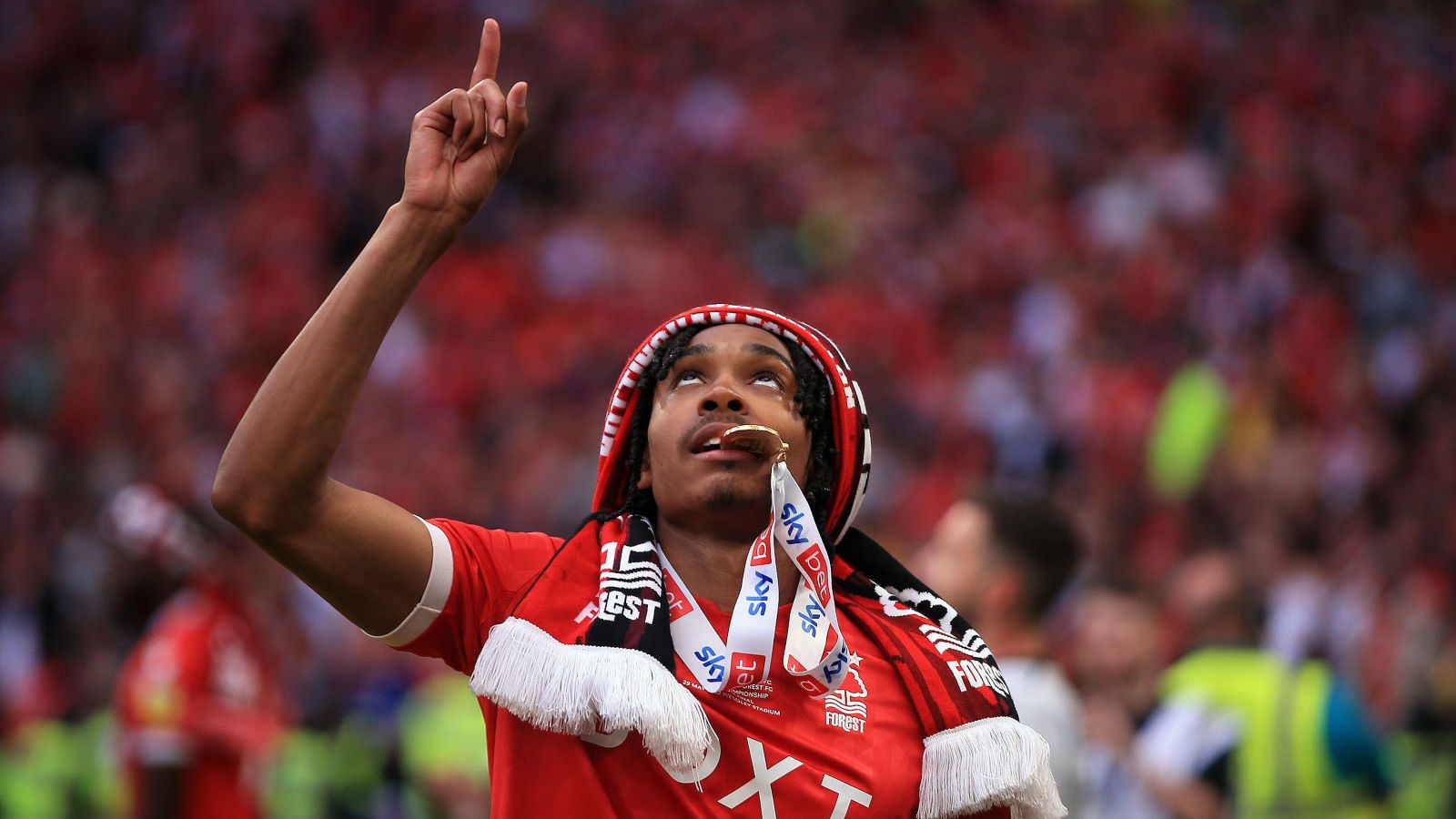 Nottingham Forest still have a chance of landing Djed Spence with Middlesbrough growing tired of the lack of progress made with Tottenham, according to reports.

Spurs have made a fast start in the transfer market with deals already secured for goalkeeper Fraser Forster, winger Ivan Perisic and midfielder Yves Bissouma.

But Tottenham are not done there as they look to give Antonio Conte to tools next season to take them further up the Premier League while having a successful Champions League campaign.

Spence has emerged as their primary target at right wing-back with the player keen to make the move to the Premier League side.

The England under-21 international was on loan at Nottingham Forest from Middlesbrough last season as he helped Steve Cooper’s side to promotion to the Premier League via the Championship play-offs.

There was a report last week that suggested Tottenham had been ‘stalling’ over their offer for Spence with Middlesbrough .looking for around £15m plus add-ons’ – but Spurs want to pay ‘considerably less’.

It was claimed that Boro and Tottenham ‘remain way apart in negotiations’ and now a fresh report from Football League World claim sources have told them that a ‘twist is not out of the question’.

Forest are still keen on signing Spence and Middlesbrough’s ‘frustrations with Tottenham are growing as they continue to stall on a deal’ and, as a result, ‘a move back to Nottingham Forest is not out of the question at this stage’.

The report adds that the newly-promoted Premier League side ‘have not given up hope of re-signing the England youth international’ and there’s ‘a feeling at Forest that a deal for Spence isn’t completely dead at this stage’.

Speaking in March – before Nottingham Forest were promoted – Spence revealed his ambition to play in the Premier League.

Spence said: “I always want to push myself and play with the best players and best team. Of course it’s an ambition of mine to play in the Premier League.

“I try to stay level-headed. I don’t read too much into it. At the end of the day, I’m just here to enjoy my football. I need to stay focused, have tunnel vision and play well on the pitch.”