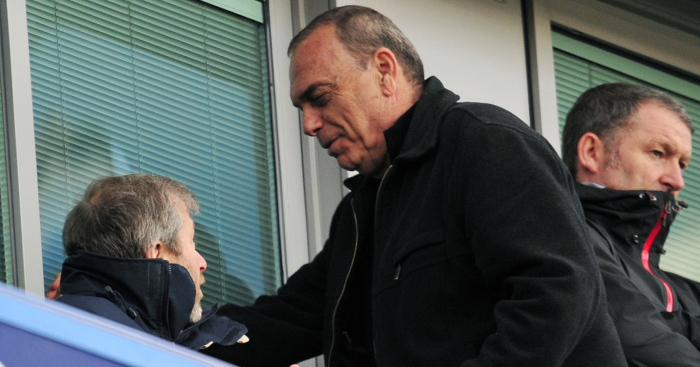 Avram Grant could return to manage Chelsea if they fail to identify and secure a new boss this summer.

Chelsea are working to find a replacement for current head coach Antonio Conte, whose future at Stamford Bridge is in significant doubt.

The Italian won the FA Cup this past season, adding to the Premier League title won in his first campaign in charge.

But disputes over transfers and a difficult relationship with the club’s hierarchy has pushed Conte towards the exit door.

Maurizio Sarri was once the favourite to replace him, but the Napoli manager ‘is no longer first choice’ as the club have reservations ‘about his past’.

Sarri was accused by Roberto Mancini of making homophobic comments during a Serie A game, with the 59-year-old banned and fined as a result.

The Daily Mail say Chelsea have ‘no desire to appoint a controversial manager’, and so Laurent Blanc ‘is now a prime candidate for the role’. Thankfully, he has never been embroiled in such disputes.

But Matt Lawton and Sami Mokbel tell us more. They say Grant, who took over after Jose Mourinho was sacked in September 2007 for the rest of the season, could return.

‘Blanc would obviously be available should Conte now leave, although it is understood Avram Grant remains a key member of Abramovich’s inner sanctum.

‘If the search for a new manager remains a struggle Chelsea’s owner knows he can turn to the Israeli who guided Chelsea to the 2008 Champions League final following the shock departure of Jose Mourinho.’