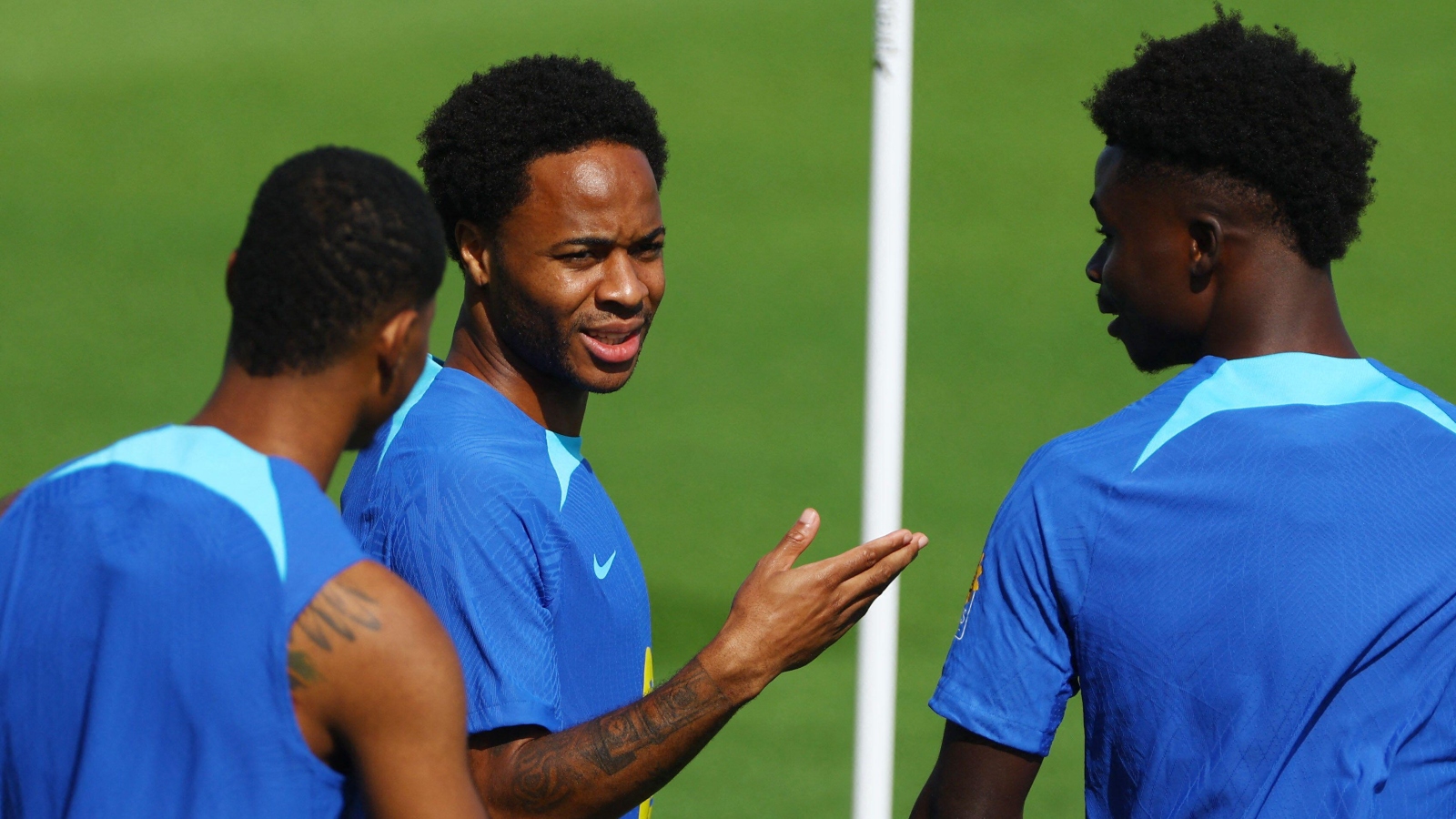 Surrey Police are currently investigating a report of a burglary at the home of Sterling.

Three Lions boss Gareth Southgate said on Sunday night the 27-year-old had returned to England from the team’s World Cup camp in Qatar to be with his family.

A statement from Surrey Police read: “We are currently investigating a report of a burglary at an address in Oxshott, Leatherhead.

“Police were contacted just before 9pm on Saturday, December 3 after the occupants of the property came home and discovered a number of items including jewellery and watches had been stolen. Enquiries to establish the circumstances are under way and the investigation is ongoing.

“No threat of violence was involved as the items were discovered stolen retrospectively. Enquiries into the circumstances are ongoing.”

The news of the break-in resulted in Sterling being unavailable for Sunday night’s 3-0 World Cup last-16 win over Senegal.

It is not yet clear whether the Chelsea forward will return for Saturday’s quarter-final against France.

England manager Southgate has admitted he and everyone else will have to “wait and see” regarding Sterling’s availability for the quarter-final versus France.

According to The Telegraph, ‘worried’ England stars have upped the security at their homes amidst fears of potential robberies.

The report states that a “shaken” Sterling’s World Cup is now in jeopardy as he attends to the family matter.

The incident ‘shocked teammates’, who have ‘increased security’ at their home and around their families.

Security teams are now on 24-hour patrol and will ‘intercept attempted deliveries and monitor any unusual or suspicious activity’.

Footballers who compete on the international stage and in continental football apparently spend ‘over £100,000 a year’ in order to keep their properties and families safe.

Some investments can include personal bodyguards for loved ones or guard dogs, which can sometimes cost as much as £40,000.

It is said in the report that four of Sterling’s club and international colleagues have been burgled over the past year or so.

The Telegraph adds: ‘Players have become so concerned by the issue that they have installed high-security panic rooms inside their houses in case they and their families are at home if intruders break in. The rooms have a special panic button that raises every alarm in the home.’

Safety is a huge issue for footballers, with many reports of footballers being followed to training over recent months.

Furthermore, ‘builders and workmen are being asked to sign non-disclosure agreements to prevent them from telling friends or colleagues that they are working at the properties of footballers’.

Some footballers have opted to live in busier areas, such as ‘luxury apartment blocks’, which provide more safety due to it being more difficult for intruders to break in unnoticed.

A Telegraph source said: “This is one of the biggest issues for players and their families these days. A lot of them are terrified about what is happening and they are spending more and more money on it.”

Recently, Premier League footballers Reece James, Pierre-Emerick Aubameyang, Joao Cancelo, and Gabriel Magalhaes have all been the subject of burglaries or attempted burglaries.