Home All The News Short: Sunderland should be seventh in the Premier League every season 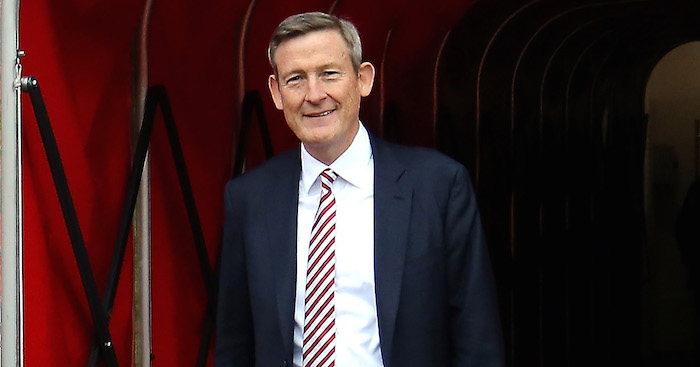 Sunderland owner Ellis Short claims the club should be challenging for a place in the top half of the Premier League.

The Texan businessman has come in for concerted criticism from Black Cats fans in the wake of the club’s relegation from the top flight and subsequent slide down the Sky Bet Championship.

Manager Simon Grayson paid for a dreadful start to life in the second tier – Sunderland have won only one of their 15 league games to date this season – with his job on Tuesday night with the Wearside outfit languishing in the relegation zone.

However, Short, whose financial backing has spared the Black Cats further misery in recent years, is adamant they belong in the upper reaches of the Premier League.

Speaking in a rare interview on the club’s official website, www.safc.com, he said: “Simon is a very good man. He tried his best, and we have a lot of respect for him. But we felt like as badly as things have gone, we needed to try something different.

“The first order of business is to get ourselves out of this problem, improve our performances and move up the table.

“After that’s happened, then I’ll go back to what my original goal had been when we were in the Premier League, and that is that we should be trying to finish seventh place every season.

“There are six clubs with revenue much higher than ours, as a function of better sponsorship, much higher ticket prices, higher attendances, but we should be fighting for that seventh spot – in a good season, maybe sixth or fifth; in a bad season 10th or 12th. That should be our long-term goal.”

In the short term, Sunderland are engaged in their sixth attempt in a little more than four years to find a new permanent manager with chief executive Martin Bain assessing the options.

Short did not comment on that process, but did address this summer’s aborted bid to offload the club after he hired an advisor to set up a deal, but ultimately opted not to do business with a group with which negotiations had reached an advanced stage.

He said: “I’ve got the interests of the club at heart and I’m not going to do anything that’s not good for the club.

“I do understand the fans want me out, but I am certain they would not have been happy with that transaction.

“But that doesn’t matter. What matters is what’s happening on the pitch right now and where we are in the table, and what we have to do.”