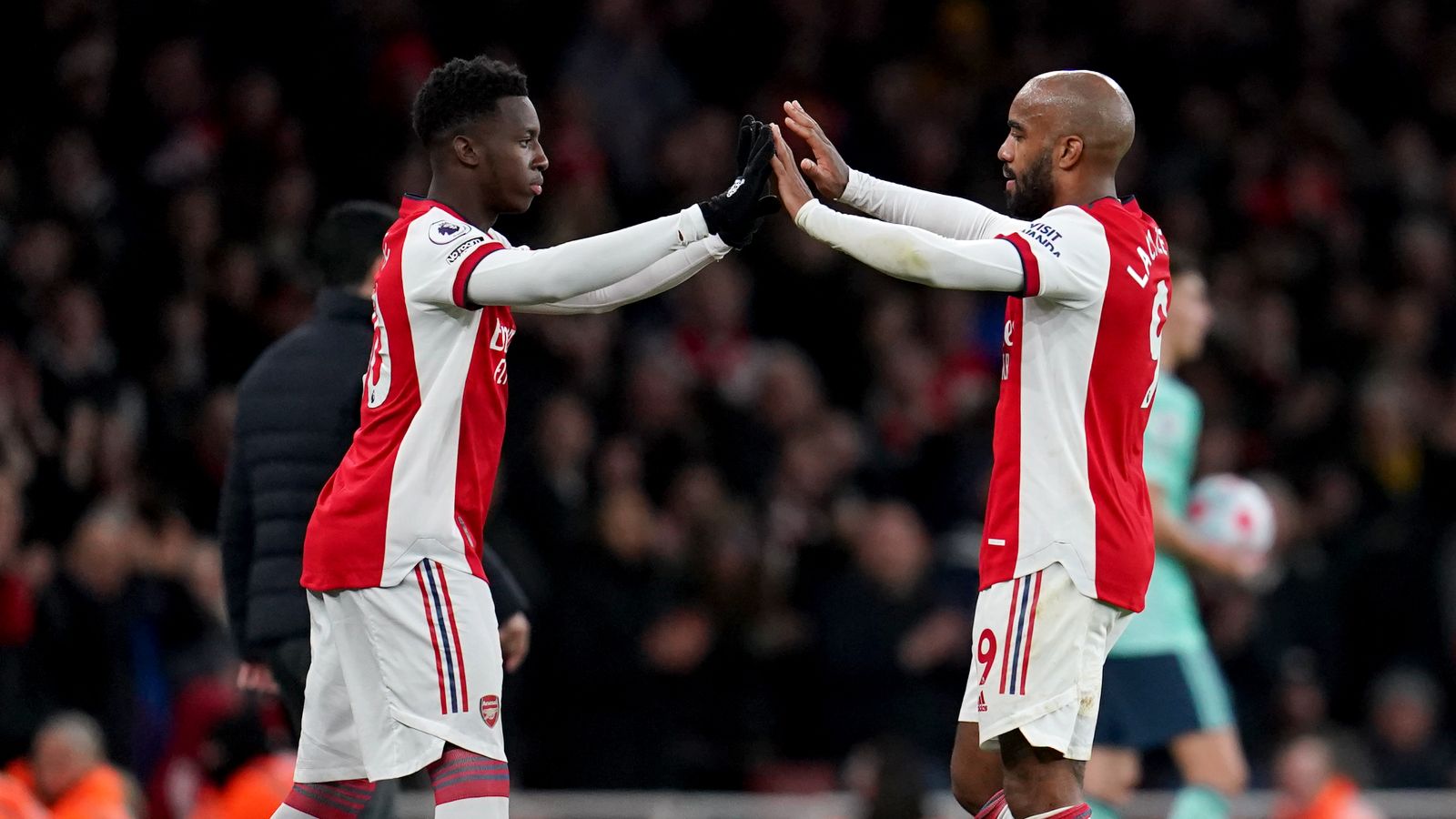 According to reports in France, Arsenal could offer Alexandre Lacazette a ‘short term deal’ so he remains at the club beyond this summer.

The Gunners paid a club-record fee to sign the forward from Lyon in 2017 for around £46.5m.

The 30-year-old has played just short of 200 times for Arsenal over the past five seasons.

Lacazette has scored 71 goals in that time. He has played a key supporting role to the likes of Bukayo Saka, Emile Smith Rowe and Gabriel Martinelli this season.

His future is in doubt as his contract expires in June. French outlet L’Equipe (via Sport Witness) are reporting that Arenal may opt to offer Lacazette a ‘short term deal’.

They state that this would be a one-year contract and this would include the option of a further year.

The report adds that his former club Lyon ‘remain attentive’ to his situation at the Gunners.

Elsewhere, Nicolas Pepe has claimed that the “language barrier” between him, Mikel Arteta and the other players has been “tough” as he weighs up his Arsenal future.

The winger moved to the Emirates Stadium in 2019 for £72m from French club Lille after contributing 22 goals and 11 assists in the 2018/19 Ligue Un season.

He has only hit double figures for Premier League goals once in his time at Arsenal and, with his contract running out in 2024, Pepe and the club have some thinking to do this summer over his future at the club.

Speaking on Monday, Pepe said: “I am focused on how well we do until the end of the season and the club’s target, which is getting into the Champions League. Then we will see what happens.”

On his conversations with Arteta, Pepe added: “When a team is winning it is hard for a coach to make changes.

“Mikel Arteta has explained that to me and the coach knows what I think and how hard I’m working. It is also about communication. Sometimes it’s not easy to communicate with the language barrier. It has been a tough season for me. Of course, it is frustrating not to play. No player enjoys not playing but I have to respect the coach’s decision and the team is doing well at the moment.

“I have improved since coming to London and English football is totally different from French football, particularly the intensity in the matches and I had to adapt physically and make that transition which I feel I have done.”