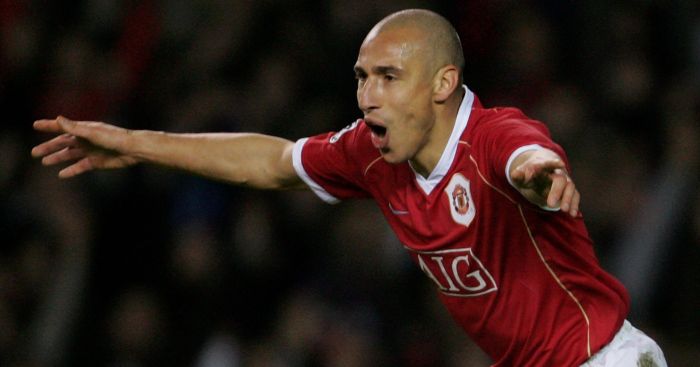 Celtic legend Henrik Larsson admits the only regret of his career was not staying longer at Manchester United.

The Swede spent two months on loan at Old Trafford after moving from Helsingborgs in January 2007 and scored three goals in his 12 appearances for the club.

Goals against Aston Villa in the FA Cup, Watford in the Premier League and Lille in Europe left a lasting impression at United and the side Larsson left behind went on to win the league that season.

Speaking exclusively to FourFourTwo, the Sweden international wishes he could have stayed with Sir Alex Ferguson’s side until the end of the campaign and picked up a league winner’s medal.

“That’s the only regret I have in my career,” he says. “I should have stayed, as it would have meant I got a Premier League winner’s medal, and I would have stayed for one more season. But I still had a contract with Helsingborgs and I feel that when you sign a contract, you have to see it out.

“Everything was professional at Manchester United. When I had to attend a christening for my brother’s children, the club ordered a plane to take me there after a match. United really take care of all their players.”