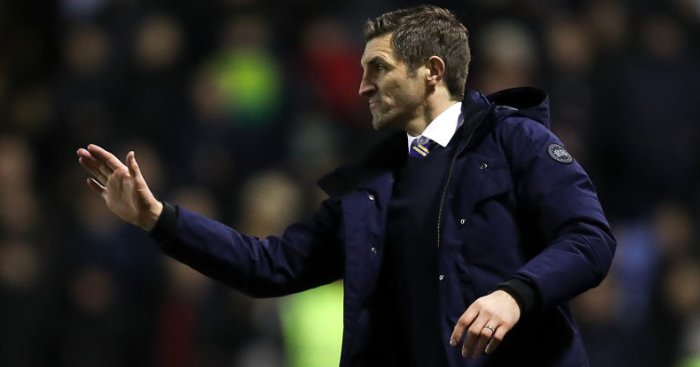 Shrewsbury Town manager Sam Ricketts is not sure if their draw with Liverpool is the biggest achievement of his career.

Shrewsbury have earned a glamorous replay at Anfield against the European champions after battling back from two goals down to clinch a draw via Jason Cummings’ brace.

Ricketts believes it was a sign of his players’ strong mentality – an attribute often given to their opponents Liverpool, even though it did not shine through on the day.

“They were excellent, they really were. I told the players at half time that the game was there for them,” Ricketts told Match of the Day.

“The belief within the group is unbelievable, for a new group they have a never say die attitude.

“Jason [Cummings] came on and he’s a goalscorer. I was waiting and waiting to put him on then I finally did and he gets the chances and takes them.

“If we’d won it definitely would have been the biggest moment of my career. The game was there for us but I couldn’t ask for any more, they’ve taken a team that’s very, very good all the way.

“I can count on one hands the amount of the times we’ve not turned up this season. We have to take this belief and use it to help us grow.

“I’ve been here 18 months but the club is six months into a long-term project. We do everything within our means, we’re just trying to build a squad to challenge higher up from a solid base.

“When they started to bring on [Roberto] Firmino and [Mohamed] Salah, we were thinking about making attacking changes but we were like, right lads let’s show them a little bit of respect now.

“We just said to lads, ‘You could have won it, but you all wanted to go back to Anfield didn’t you?'”

Elaborating further on the financial implications the result could have for the League One side, Ricketts pointed out the great work behind the scenes at the Shropshire-based club.

“It’s great for the supporters, the chairman, the club,” he explained.

“It could bring in new players or help improve facilities, something that will bring long-term benefit to this club.

“When the chairman took over 24 years ago we were a million pound in debt, losing a couple of hundred grand a year – now we own the ground, we own the training ground.

“Now it’s a case of can we make things better? Can we make the pitch better and invest in all the things behind the scenes that means long-term we can give this club a better chance of punching above its weight?”