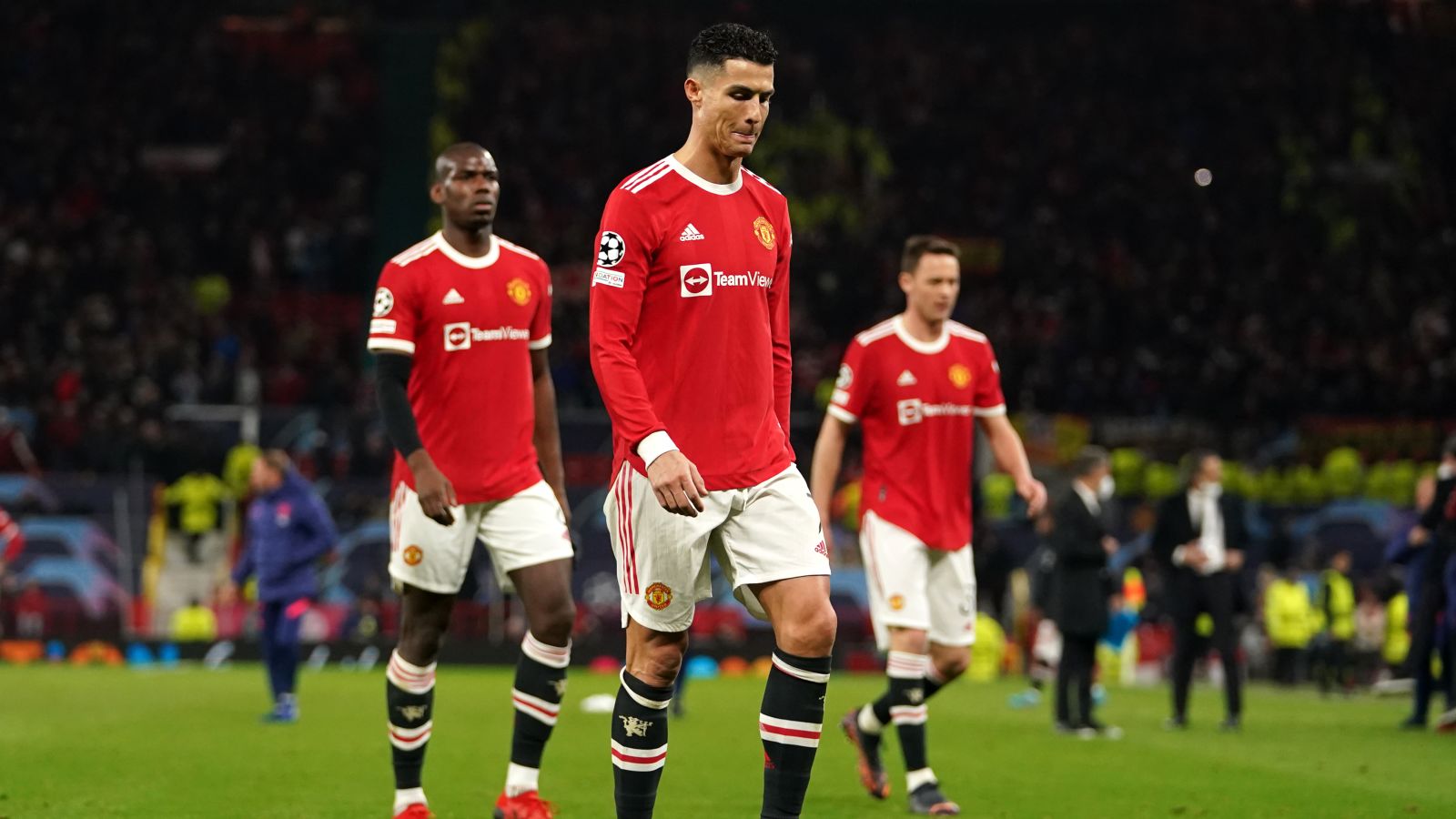 Keep your thoughts coming to theeditor@football365.com.

Incoming from United supporters again on another sh*t show dissecting every aspect of it and offering solutions on the United way and how to make them great again!

Much has been said in this mail box of Liverpool’s 30 year wait for a title, but United are now up to 10 years next season, time flies doesn’t it? However, remember when prior to the invention of football in 1992, United hadn’t won the League for 26 years! Bunker in United fans, you’re in it for the long haul!

Also, I’d just like to put my two-penny’s worth in on Chelsea FC trying to get the Middlesbrough game played behind closed doors to protect the integrity of the game! I’m not even going to go into it, because everyone knows, but how they thought they could get away with this is beyond me!

They have been given a lifeline by the government to save their club and get it sold, and they try to instigate a loss of income to a Championship team, no matter how well they are run under an owner of higher moral standards than Chelsea’s disgraced war oligarch. How f###ing dare you!

And by the way, take down the Russian Flag and the banner Romans Army you f###ing morons!

Musings on predictability…
Well that was predictable, never have I seen a more disgusting set of cheats than that Atletico side, it didn’t help the referee fell for it every time it also doesn’t help when two united players are fouled during the build-up to the goal. So no Champions league next season unless Arsenal spontaneously combust, frustrating night not help by a referee either incompetent or bias. We can take solace in the fact Fred became the Brazilian baller if only for a game.
Paul Murphy, Manchester

…There will be plenty of mirth in the usual quarters at United’s exit and fair enough, but it’s weirdly difficult to be too disappointed given just how much of a box-ticking exercise it turned out to be. A team that plays in 7-minute bursts but concedes dreadful, Sunday League goals and finds putting them in at the other end almost unfathomably difficult played in 7 minute bursts, conceded a Sunday League-type goal and found putting the ball in at the other end almost unfathomably difficult.

Add in a pinch of peak Atletico shithousing and you’ve got a game that could have been written by a committee. It was everything we knew to be true about both teams, and the absolute lack of jeopardy is strangely numbing. United went out the way we all knew they would go out – meekly, disjointedly, and facing a very long road back.
Chris, MUFC.

…City are getting Benfica aren’t they?

No need for the wee bag and balls.

Atletico Burnley
There’s no denying that Atleti are a group of amazing footballers. Koke, Felix, Griezmann – real world class talent. And yet, in the Champions League anyway, they play in a way most reminiscent of Stoke or Burnley. Defend deep, hope for some quality on a rare counter attack and then cheat, as often, as blatantly and as infuriatingly as possible.

And for some reason they’re lauded for it. And as always, United get the worst ref for the occasion. Where was the legendary take no nonsense Cukir, famous for sending off Nani? Instead we had a ref who looked very keen to let everything go, every tactical foul, every snide tug and hold up play for every fake injury. And then, the reward was due – only 4 minutes of added time.

Atleti make cheating an art, the ref very much the pliant appreciator and for some reason we cheer? I’ll never understand.
Ryan, Bermuda (Hope Felix goes and plays with a footballing team and some point, what a talent)

Moyes > This
So after watching what may possibly be the the most SOULLESS performance I’ve seen from United this season, I can wholeheartedly say we were better under Moyes. At least he got to the Champions League quarter final and gave Bayern Munich a good game at the time over two legs. Atletico didn’t even have to get out of 2nd gear over the two matches, especially tonight!There was just no fight or grit in this United team at all, can’t even string 2 passes together and just utterly RUBBISH. You can tell the players are already looking forward to the summer and honestly can now say players like Pogba, Ronaldo and De Gea should leave because that we’re that crap and I wouldn’t even be mad about it lol, they aren’t gonna be able to play forever.Good luck for Top 4 this season to say the least, officially have no faith now. Even if Arsenal lost their 3 games in hand, I don’t think United would be good enough to take advantage of that. They are just sh*t.Drafting this mail while drunk in bed after getting a Maccies, but yeah that performance said it all about the season and only god knows what’s gonna happen in the summer at this sh*t-show a of a club.Good luck and may god help you whoever the new manager is. It’s become the mission impossible!Rami, Manchester

So… who should be the next manager then?
Now that United are out of the Champions League there can’t be any doubt that Rangnick won’t be in charge come the beginning of next season.

The narrative has clearly shifted on Pochettino during his time at PSG, especially since their Benzema inspired implosion against Real Madrid last week. What do all his successful years in the Premier League count for anyway? It’s not like his predecessor at PSG was sacked mid-season with PSG sat third in a one-horse race, before being hired by a flailing Premier League club and immediately winning the biggest pot of the lot.

Ten Hag has been the en vogue name recently for the job, presumably based on a couple of Champions League upsets 3 years ago. I wonder if he will attract the same scorn for failing to beat a Benfica team that they would have been expected to win against, or will everyone just gloss over those results because nobody from these shores pays any attention to what goes on in the Netherlands?

It seems a manager of a less visible club can easily gain a reputation over a few flashy upsets as nobody ever pays much attention to how they do week to week. Lets see how many questions are raised about Ajax’s soft underbelly by giving away 2 goal leads in their past 2 league games against RKC Waalwijk and Cambuur which followed a loss to Go Ahead Eagles. Ajax are only 2 points ahead of Feyenoord.

I’m not going to pretend I watched any of these games or any Dutch league games in fact, but where does the clamour for him to get the job come from? It’s been reported he would only want to bring a goalkeeping coach with him if he took the job. Managing in the Dutch league doesn’t prepare you for a rebuild at one of the biggest clubs in Europe, maybe he would be a success at a club with the infrastructure in place behind the scenes like they usually have in mainland Europe. English clubs aren’t generally ran that way, City possibly being an exception.

Is it time to move on to the next manager of the moment? The voices suggesting Rodgers for the job have strangely gone quiet. Maybe dominating a non-top 5 ranked European league (according to UEFA’s country co-efficient) isn’t enough of a qualification for a top job after all.
Mick, Cardiff

Title deeds
When it comes to the title race, people love to discuss the forthcoming fixture list to try and assess whether it’ll be City or Liverpool who tend to have the upper hand. I was reading yesterday that Liverpool might have the slightly tougher final run in which includes the likes of Arsenal (come on Mikel, we’re calling in those favours!), Spurs and Manchester United.

Well, can we all stop referring to Manchester United as a ‘tougher’ fixture, please? They’re going to get a good tw*tting at Anfield because they Really. Are. Shit.

So bad, it takes any sort of lustre off our Derby Double, this season.

PS. We’ll get a tougher game at Turf Moor, this season, I expect.

Reappraising Daniel Levy
Now that the chickens have come home to roost for Chelsea I feel that football journalists should be pulled up on their coverage of clubs who try to operate in the correct way.To use Daniel Levy as an example, he is constantly criticised for not spending the amounts that clubs like Chelsea spend. Rather than criticise him for failing to keep up with the spending of club’s owned by vile human beings, he should be praised for running the club within its means. I’ve lost count of the amount of articles I’ve read recently claiming Levy should break the bank on players to convince Conte to stay at the club. Thankfully Levy is too smart to listen to those pleas and will do what he has always done, which is spend responsibly with the future of the club at the forefront of his mind.While Chelsea have spent the last twenty years buying trophies with Roman’s ill-gotten cash, Spurs have invested in a state of the art stadium that will bring in enormous matchday revenues for the next 100+ years.I’ll be at our next home game enjoying several freshly poured bottoms up beers, while Chelsea supporters are sat at home, banned from buying tickets.Were all those trophies worth it?
Barry Fox

Sympathy for the devil
That absolute brainfart of a Chelsea request to play the Boro match behind closed doors will be brought up every time Chelsea fans will try to defend their club now. What little goodwill people had left for their club is evaporating quickly (and it was not much to start with).Or, to paraphrase Danny Bhoy: Chelsea fans, from now, if you ever look for sympathy, you’ll only find it in the dictionary, between “sh*t” and “syphilis”.Cheers,Swedish Gooner

…I really want to have sympathy for the people in Chelsea FC who have been caught in the middle, so to speak (ignoring, for the moment, that they should all have done due diligence and realised whose money they were taking when they got their jobs).

So, please, please, stop making it so damn difficult for me, Chelsea? To demand that Middlesborough play their FA Cup game against you behind closed doors, because you can’t sell away tickets, makes it really, really hard for me to want to take your side. Particularly when you dare, without a hint of self awareness or irony, demand it on grounds of ‘sporting integrity’.
Greg, Taunton.