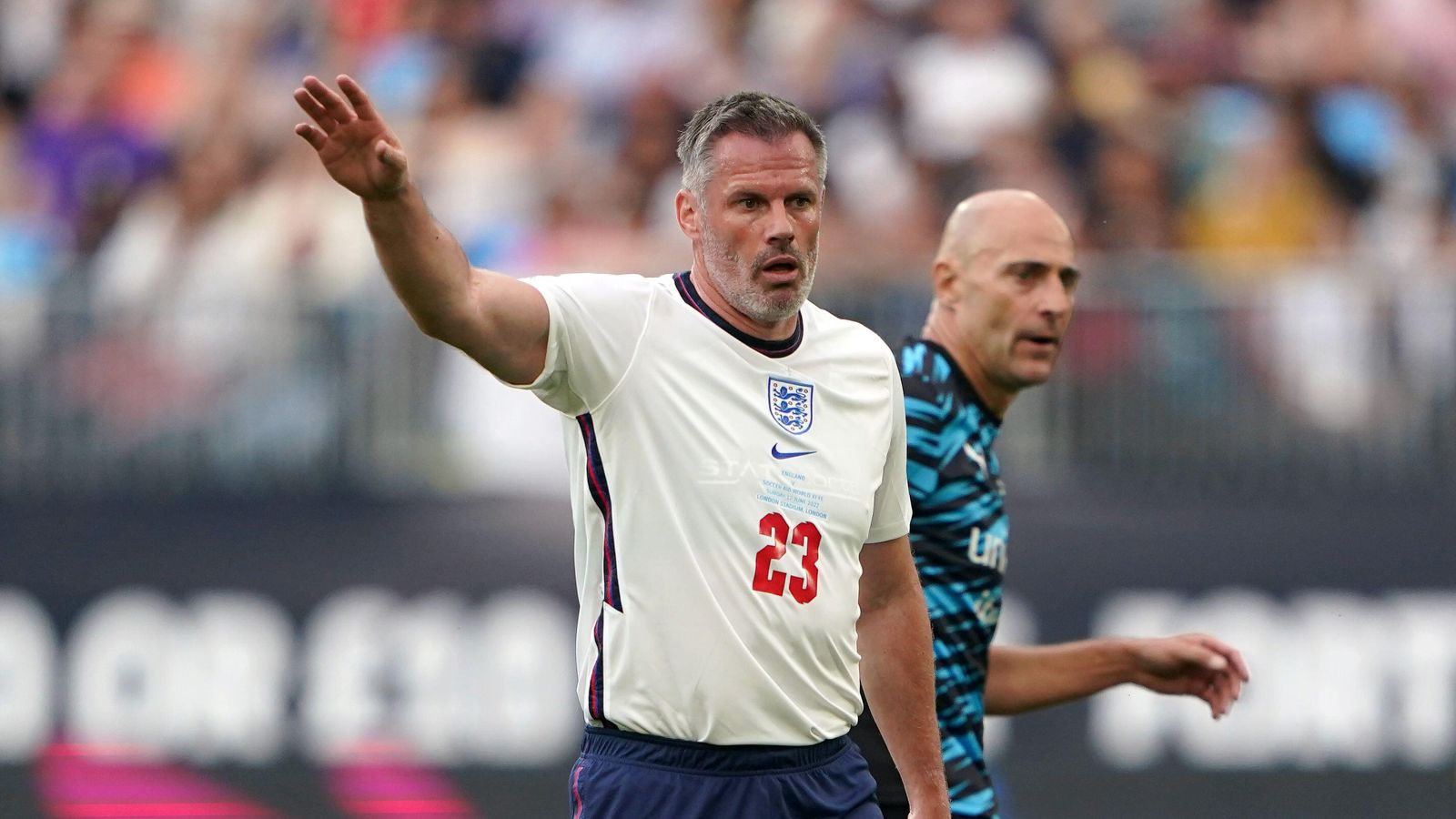 England have endured a torrid month under Southgate. They have failed to win any of their four Nations League fixtures.

The Three Lions followed their 1-0 loss to Hungary up with draws against Germany and Italy.

Southgate’s side hosted Hungary at Molineux in their fourth game in Group A3 on Tuesday night.

Roland Sallai netted a brace before Zsolt Nagy and Daniel Gazdag scored to earn Hungary a huge 4-0 victory. This is England’s biggest home defeat since 1928.

It leaves them bottom of their group with two games to go. They are three points adrift of third-placed Italy.

Before the final whistle against Hungary, fans turned on Southgate as they booed and chanted “you don’t know what you’re doing”.

In response to this (via Twitter), Carragher was quick to defend Southgate:

“‘You don’t know what you’re doing’ shut up you clowns. This manager has taken the country in two tournaments to the best positions since 1966.”

“Southgate has overachieved albeit with favourable draws. Rest up boys & come back to your normal level.”

Asked whether Southgate was the right man, Kane said: “Without any question. That’s not a question I should even be answering if I’m honest.”

The Tottenham Hotspur star added: “It was a disappointing night. In the first half I thought we actually created enough chances to score but it’s kind of been the story of our Nations League so far, we haven’t quite had that cutting edge.

“The second half was unacceptable. Once we went 2-0 down, to concede when we did. We’ve not had a camp like this but it’s not time to panic, it’s time to keep our heads up.

“We’ll look forward to a break now and come back stronger in September.”