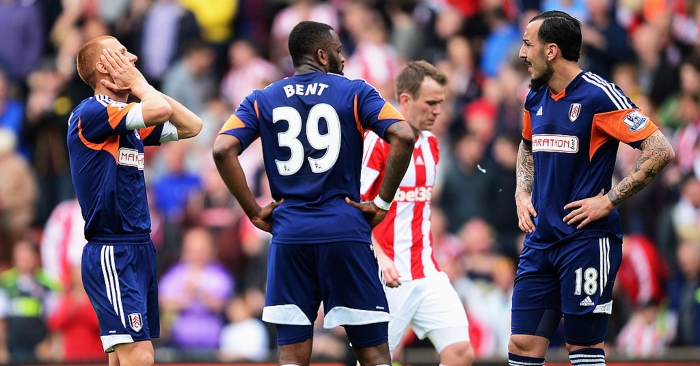 Steve Sidwell has laughed while recalling Fulham’s record signing Kostas Mitroglou, who scored no goals for the club but never stopped eating.

The Greek striker was signed for £12m in January 2014 when the Cottagers were in relegation trouble and he played three games without scoring a goal before Fulham were relegated, he was sent out on loan. He eventually left the club in 2016 for about £6m.

“In January, relegation battle, we needed a striker. So they went and got Kostas Mitroglou, I think his name was.

“Honesty, he did, I’m telling you now, he did not stop eating.

“He was a big boy. And you know the protein bars, every time you’d see him, he’d be walking around the training ground with a f***ing proten bar.”

It’s little wonder that Mitroglou was missing for the majority of his Fulham career through a knee injury.

“He was a big boy. Every time you saw him, he’d be walking round the training ground with a f***ing protein bar.”@sjsidwell tells @JonWalters19 and @KellyCates why Kostas Mitroglou was one of the worst signings he’s ever seen. pic.twitter.com/m35Vdjh3BZ