Home All The News Siewert: It’s a big honour to meet Klopp for first time 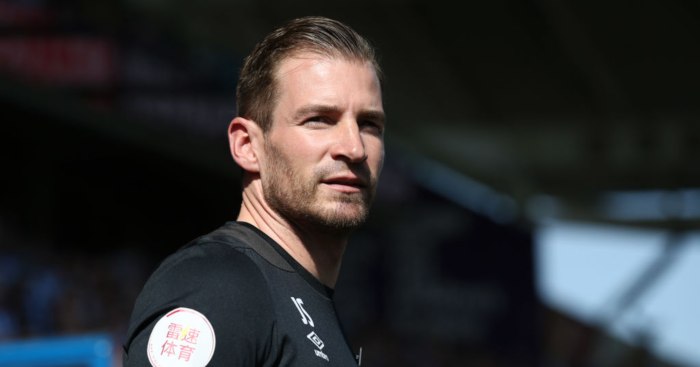 Huddersfield boss Jan Siewert will finally get to meet Jurgen Klopp on Friday night when his side takes on Liverpool at Anfield.

Klopp’s Reds will return to the top of the Premier League table with victory against the Terriers and will then hope Manchester City slip up at Burnley on Sunday.

Siewert, 36, followed a similar path to Klopp into English football from Bundesliga side Borussia Dortmund and revealed the Liverpool manager has been a major influence on his career.

“Obviously Jurgen is a fantastic manager and one of the best in the world. Although I’ve never met him, he’s a great guy and everybody realises what he’s doing with Liverpool.

“Of course we had a look at what he did and the way he influenced the German way of playing and at Dortmund. It was for me a big part of my coaching career.”

Siewert and Wagner both had spells in charge of Dortmund’s reserve team, while Klopp led the club to two Bundesliga titles during his seven years as manager.

“When I went to Dortmund for the under-23 team I was working on my task, which was to develop players for the first team,” said Siewert when asked if he ever envisaged crossing swords with Klopp in the English top flight.

“Obviously I achieved my aim and developed myself, but at that stage when I came in I didn’t think of being part of the Premier League so quick.

“For me it’s a big challenge and a big honour and it means I must have done something right in my past.

“He’s one of the best managers in the world and he’s proved it. The way he develops teams and brings clubs to play for titles. That makes him special.”

Siewert said he was unsure if Klopp would prevail over City boss Pep Guardiola in the race for the title, but insisted he will be doing all he could to beat his fellow German at Anfield.

“It would be good if there was a surprise there, I would say,” Siewert added. “For me, I’m really excited to go there. It’s an incredible stadium. We’re looking forward to it.

“We shouldn’t be stupid. We know about the quality of Liverpool. They’re favourites and we’re not at all.

“But we have possibilities and there must be an excitement, the same that I have, that my players will have – to go there and perform to the best of their ability.”

Siewert confirmed Jonas Lossl, out of contract in the summer, would retain his place in goal and winger Adama Diakhaby is back in contention after a hamstring injury.

Laurent Depoitre (foot) is still unavailable, but fellow striker Karlan Grant was back to full fitness after illness restricted him to the bench last week.