Home All The News Siewert “will not talk about bouncing back”

Which is just as well as all the copies were pulped. 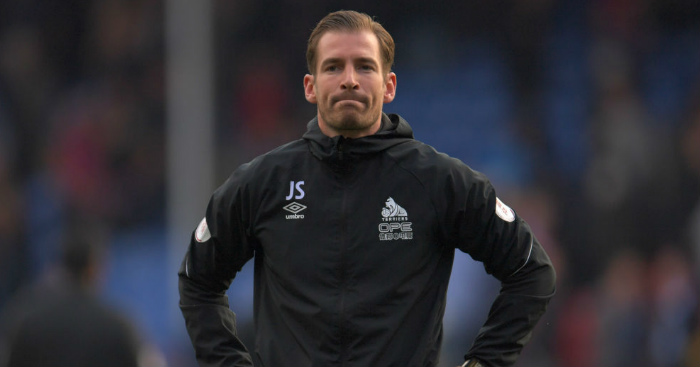 Huddersfield manager Jan Siewert believes a full examination is required of the club’s season after a 2-0 defeat at Crystal Palace consigned them to the Championship.

Second-half goals from Luka Milivojevic and Patrick van Aanholt means Town join Derby – relegated in 2008 – in becoming only the second Premier League team to lose their top-flight status before the end of March.

A difficult season, in which Siewert’s popular predecessor David Wagner resigned, has resulted in Huddersfield collecting a miserable 14 points from 32 matches, to leave them 19 points from safety with six games remaining.

Siewert refused to talk about a potential immediate return as he said: “I will not talk about bouncing back because at the moment it’s disappointment first of all.

“We need to go through all the details – what happened, what were the reasons.

“We were so close to winning here, and (Milivojevic’s) penalty brings the game in another direction with the quality of a player like (Wilfried) Zaha.

“In the Premier League, players like this decide the matches.”

Siewert has at least vowed to do all he can to ensure Huddersfield’s return to the Premier League is as quick as possible.

“To make the club stronger is not just going down directly or going up,” added Siewert. “You can’t promise it.

“But I’m willing to work as hard at it that we come back to the Premier League. As a manager. if you are ambitious, of course, yeah.

“We tried everything to avoid relegation but at the end we couldn’t do it. It’s hard to take after such a performance.

“We were very equal. First half was ours, second maybe theirs. But we had chances to win this game. In the end it’s the quality of players like Zaha who decide these games with a quick movement.

“It’s hard to take but it shows we are on the right way. Although we have lost and it’s a big disappointment, the way we performed we didn’t give up at any minute.”