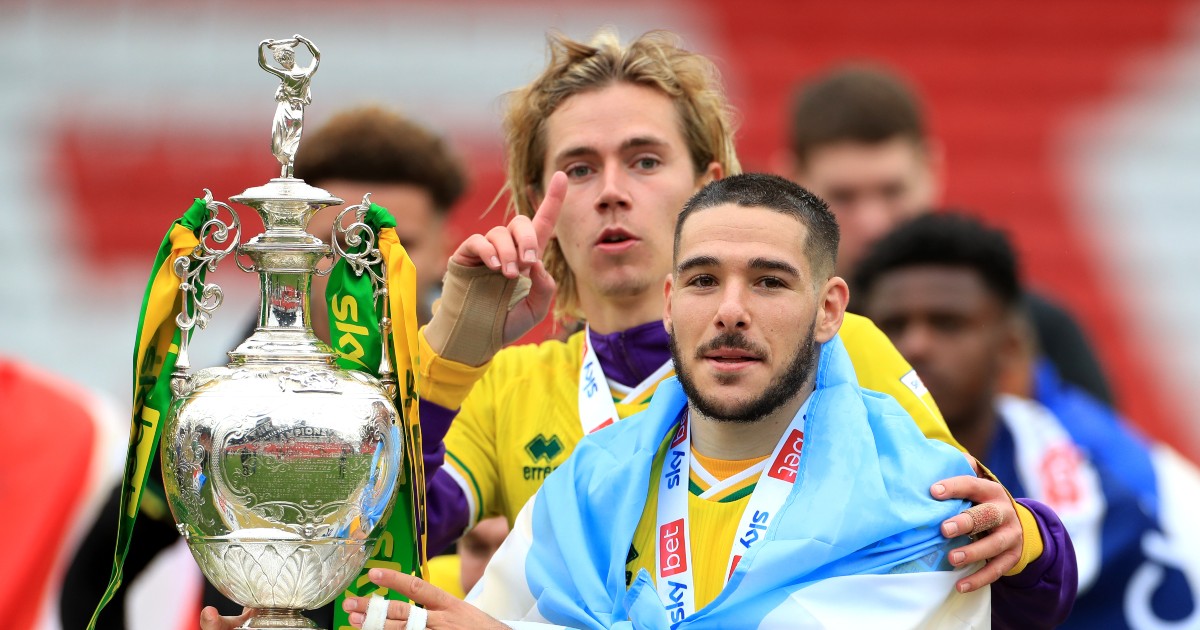 Aston Villa will target Todd Cantwell and James Ward-Prowse in further signs that point to the sale of Jack Grealish.

Manchester City lodged an £100m bid for Aston Villa captain Grealish earlier this week, with Sky Sports suggesting the offer will be accepted.

Having already spent £33m on Emiliano Buendia, a club-record deal followed up by the impending £30m arrival of Leon Bailey, Villa are showing no signs of slowing down their investment.

They could return to Norwich for a deal involving Todd Cantwell and a fee the promoted Canaries ‘will not be able to resist’.

While Norwich wish to keep the 23-year-old and the player himself no longer wishes to leave after helping them reach the Premier League again, The Sun on Sunday claim a £40m offer would turn heads.

Aston Villa realise ‘they will have to pay over the odds’ because of the Grealish money and Cantwell is a long-term target.

Another player Dean Smith has retained an interest in is Southampton midfielder Ward-Prowse, for whom a £25m bid has already been rejected and described as ‘derisory’.

A report in the Daily Mail suggests Villa will return with another bid as they seek to tempt Southampton into a deal.

‘An offer of £25million for England international James Ward-Prowse was rejected last week but they remain undeterred and will make another concerted effort to sign the 26-year-old in the coming days,’ it is claimed.

They also confirm that ‘talks’ are being held with regards to Cantwell, but that it would be much cheaper than previously reported.

The Mail say a £20m move is being discussed as the potential nine-figure Grealish windfall is being spread across the squad. Should he choose legacy over trinkets?

‘The club’s meteoric rise under Grealish’s captaincy means it is no exaggeration to say he is close to overtaking Paul McGrath as the club’s greatest ever player, and since Villa’s billionaire owners have a good chance of making Villa into a super-club over the next five-to-ten years, Grealish’s stature at Villa would only improve with age.

‘In one timeline Grealish retires with a trophy cabinet full of medals, among a large number of Man City players to have collected honours in the 21st century, and looking back on a fine career as one of the top 100 Premier League stars: a job well done.

‘But in another timeline, he spends his retirement going to Villa Park as a fan and is mobbed by his fellow supporters as he walks past the Jack Grealish statue. He lives the rest of his life adored in his home town for being the man who dragged Villa away from the cliff edge and laid the groundwork for their rise into the elite. All of this is a genuine possibility for a once-in-a-generation talent given the absurd fortune of playing for the team he loves.’