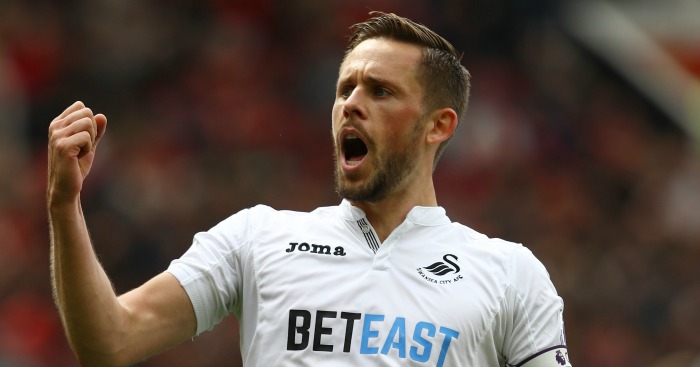 Gylfi Sigurdsson is likely to secure his £50million move to Everton, according to Leon Britton.

Sigurdsson has emerged as the Toffees’ main target after their busy summer so far.

Ronald Koeman’s side have signed ten players already, and are thought to still want a centre-half and a striker.

But Sigurdsson is their next planned signing, and Britton expects the deal to go through.

“His stats last year in terms of assists and goals, you’d think he be playing for one of the club in the top half of the table,” he told BBC Radio 5 Live.

“He’s a big influence in the top end of the pitch for us, but unfortunately the club we’re at, Swansea, when the bigger teams come calling it is hard to keep him.

“The club have stood firm. By all accounts they’ve said they want £50million.

“I don’t know if it’s going to get done. I think Everton have maybe offered £40-45million so I think there’ll be some movement now and Gylfi will go.”