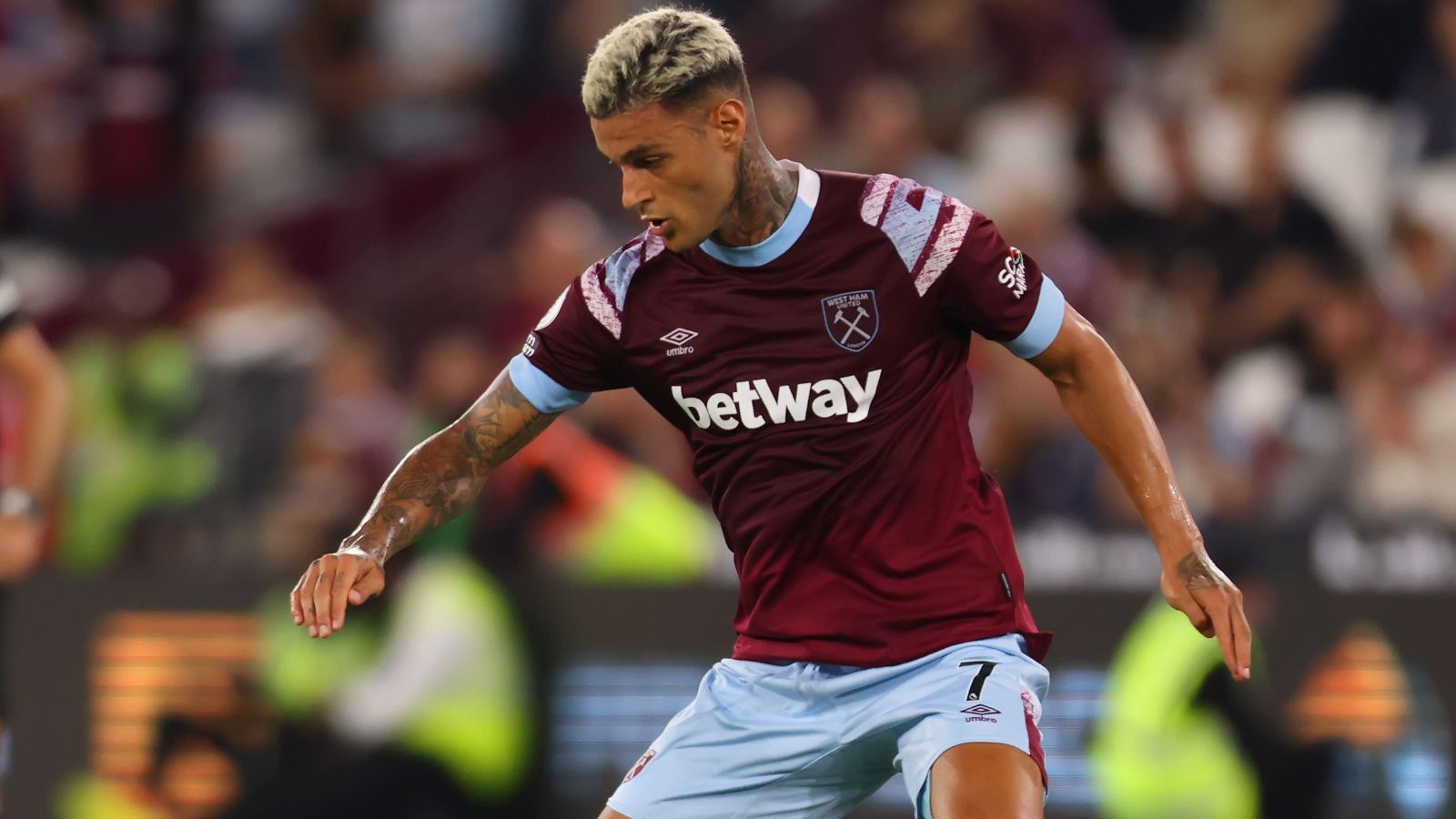 Gianluca Scamacca contributed with a great goal from distance as West Ham United made hard work of their victory over Danish side Silkeborg.

The Italy international joined the Hammers for £30m in the summer. He scored from range in between Manuel Lanzini’s penalty and Craig Dawson’s header.

It was not all plain sailing for David Moyes’ side, though. They fell a goal behind Romanian side FCSB last week and they did just that against Silkeborg on Thursday night.

What should West Ham do with their six old men? Is it time for David Moyes to make a cull?

And they were made to hang on for the final 15 minutes after Soren Tengstedt pulled one back on the counter-attack before eventually making it two wins from two in Europe this season.

Silkeborg, fourth in the Danish Superliga and managed by former Aston Villa defender Kent Nielsen, stunned the Premier League team by taking a shock lead inside the opening ten minutes.

The ball was pulled back for Kasper Kusk and he did well as he sidefooted his effort past wrongfooted Hammers keeper Alphonse Areola from the edge of the area.

With West Ham United struggling to get to grips with the artificial pitch at Silkeborg’s modern JYSK Park stadium, Lukas Engel came close to doubling the host’s advantage with a shot which flew across goal and wide.

However, the lead lasted only six minutes before Maxwel Cornet was pushed to the ground by Tobias Salquist and to the Hammers’ relief, Lanzini hauled them level from the penalty spot.

After 25 minutes the visitors had the lead through a Scamacca special strike. Cornet intercepted a loose pass and played in the Italian, who let fly from 20 yards with a scorcher which flew high into the net.

Silkeborg should have equalised when Nicklas Helenius headed home from a corner but it was ruled out for a foul. West Ham were fortunate that no VAR was in operation to overturn what looked to be the wrong decision.

Then Dawson, who has been out injured since West Ham United’s first pre-season friendly, marked his return to the side with their third goal of the night, a trademark header from Aaron Cresswell’s corner, eight minutes before half-time.

With a trip to his former club Everton on Sunday in mind, Moyes gave Declan Rice, Lucas Paqueta and Scamacca a breather, with Tomas Soucek, Said Benrahma and Jarrod Bowen sent on.

But when Bowen gave the ball away and Lanzini mistimed a challenge, Silkeborg broke clear and halved the deficit through Tengstedt.

And the Hammers were almost pegged back when the ball landed at the feet of Tonni Adamsen, but Areola denied him an equaliser with a fine save.