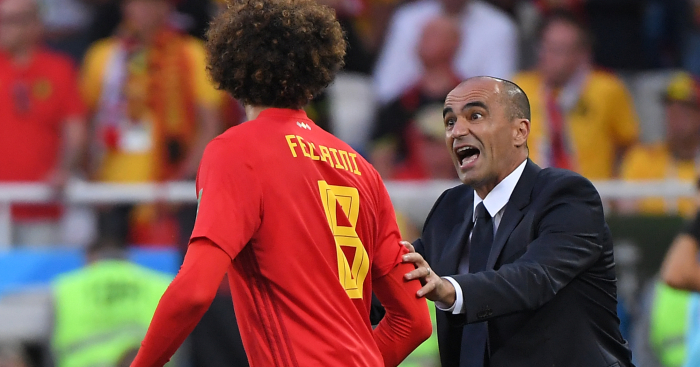 If Mourinho goes who should replace him at @ManUtd? Andy Gray's choice stuns @richardajkeys into silence! #beINPL #MUNTOT #MUFC pic.twitter.com/IoqF7d4469

But then Keys took to his blog to claim that United have actually been sounding out potential replacements, while briefing journalists that the manager’s job is safe.

‘I don’t entirely blame Ed Woodward for this mess. I would’ve gone for Mourinho when he did. I thought it was the perfect match – a hungry and frustrated Mourinho in the job he’d always coveted, but he doesn’t ever learn from previous mistakes.

‘We’ve been here so often in his career. Not only has he upset just about everybody already at the club, Woodward can’t now persuade other big name targets to sign for United. I told you last week – top players no longer want to play for Mourinho. It’s not fun. I ask again – who wants to go to work and not have fun?

‘Woodward will already have spoken to the representatives of possible replacements – and although Andy Gray left me speechless when he threw Roberto Martinez’s name in the ring – a conversation off-air left me convinced that ‘lines of communication’ have been opened. I’m sorry – it’s not my fault!

‘I understand why some believe Martinez should get a mention – but I don’t believe he would satisfy United punters. No, it’s got to be Zidane – a proven ‘big-club’ operator and a three time winning coach of the CL – yes – three times Jose. Three. Respect. Respect. Respect.’