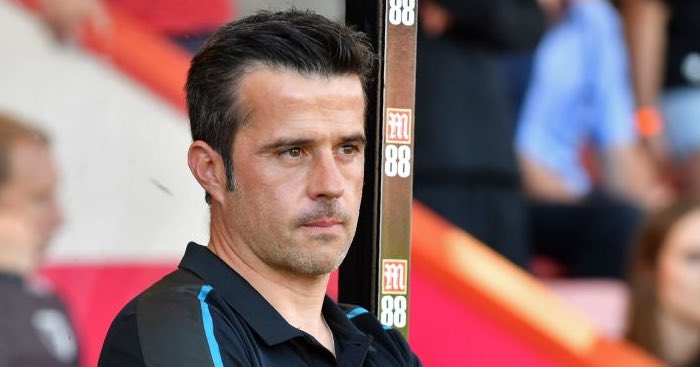 Marco Silva is frustrated by Everton’s away form as his side lost 3-1 to Bournemouth.

A brace from Callum Wilson and a Ryan Fraser free-kick secured all three points for Bournemouth at the Vitality Stadium.

Dominic Calvert-Lewin had drawn the teams level before half-time, but a lacklustre second-half from the visitors handed their hosts victory.

The Toffees have picked up just one point from their first three away games this season but have won both of their home fixtures.

The Everton manager told BBC Sport: “It was a big frustration. We lost the game and we gave some things too easily to our opponent.

“We have to be ruthless away from home and you have to be clinical in attack.”

“They won the second ball and the third ball. We reacted and equalised and then we introduced some fresh legs in our attacking line but then we conceded in that moment.

“As always, we have a lot of work to do. Our home form is fantastic but to win our away games we have to be more aggressive and more solid so that we do not concede easy goals.”