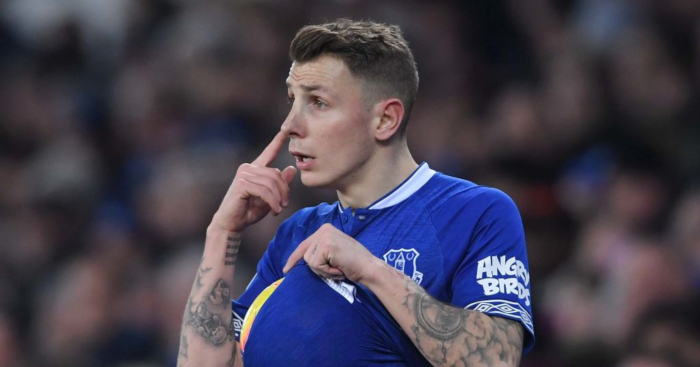 Marco Silva believes Lucas Digne – not Andy Robertson – is “the best” left-back in the Premier League.

Digne has been excellent since joining Everton from Barcelona for £18million in the summer.

Joshua Kimmich (62) is the only defender across Europe’s top five leagues to have created more chances this season than the Frenchman (58), who has three goals and four Premier League assists.

Digne came in at No.4 in our list of the ten best full-backs of this Premier League campaign, third in terms of left-backs behind Ben Chilwell and Robertson.

But Silva shockingly claims his player is the “best” ahead of Robertson, who he managed at Hull in the second half of the 2016/17 season.

“He is one of the best, I don’t have doubts about that. He is proving that,” Silva said.

“I do not have all the names in my mind at the moment but Lucas has stayed there with the best.

“If he is the best one….always I will push for my players but Lucas is there in the top list of the best left-backs.

“He is our rival and he deserves everything he is achieving in his career but Lucas is Lucas, and Lucas, for me, is the best one because he is our player and playing in our blue shirt.

“We are really happy with him, he is enjoying his football and our fans love him and he has been everything we expected when we signed a player such as him.”