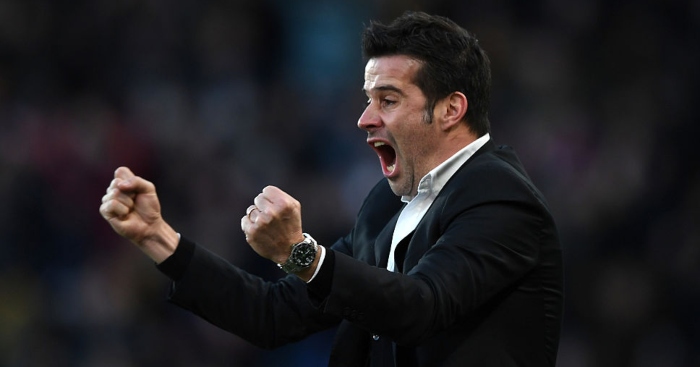 Everton manager Marco Silva denied he is feeling any extra pressure despite his side’s poor run of form.

Three league defeats in a row have left the Toffees down in 15th place, leaving Silva facing questions over his future, but he insisted it was only driving him on further.

“I know only one way to win,” he said. “Work hard, harder if you can. Learn from the things that are not going well and show bigger desire in the next game, bigger commitment, demanding more from ourselves to play the match to win.

“I don’t feel pressure because of the results. What I feel is more and more desire to work with the players and demand more from them because we have quality.”

Silva, who takes his side to Burnley on Saturday, has dealt with injuries to Andre Gomes and Jean-Philippe Gbamin in midfield and failed to land the central defender he wanted in the summer, but while he admitted things have not gone to plan he said there was little point in discussing it.

“It is not a moment to look to the past, when we did or did not do different things or whether we lost two key players,” he said.

“This is not the moment to try to make excuses, it is the moment to stick together, to work to win games, to show desire and more desire to win the games.”