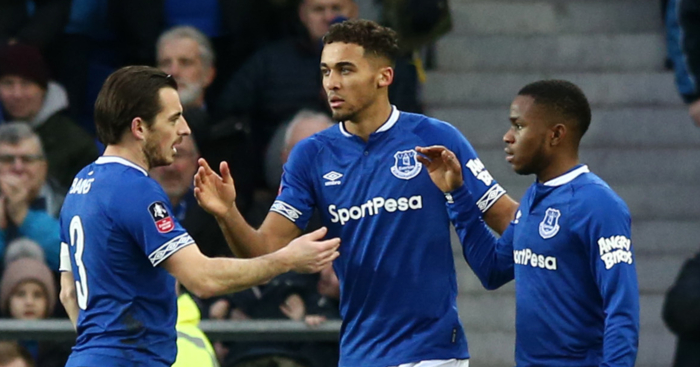 Everton manager Marco Silva has no doubts forward Ademola Lookman has a big part to play in the club’s future.

Lookman scored for the first time in 394 days as he set the Toffees on the way to a 2-1 FA Cup win over League Two leaders Lincoln.

However, after a bright start in which he created three chances, scoring one, in the opening 20 minutes the 21-year-old faded and his fortunes were replicated by the team, who laboured to victory after Michael Bostwick pulled a goal back after Bernard’s first for the club had put the hosts 2-0 up.

Lookman spent the second half of last season on loan at RB Leipzig after failing to find a way into then manager Sam Allardyce’s squad.

The Bundesliga side made a concerted effort to sign him permanently but Everton rejected their advances and that stance now looks to be paying off.

“He did well. When Lookman got injured he was in a good moment and doing very well,” said Silva of the player’s struggles earlier this season.

“Now he is coming back. He is a different player than the other wingers. The goal was important to him.

“One of the things we spoke about was that Lookman and Bernard have to score more.

“I told him some things I want in his game: to define moments when we have to put speed in our attack. He can see many things in our attack other players cannot see.

“I am sure he will improve more and more. He is an important player for us and he will be more important in the future and I never had any doubts about that from the first day I started working with him.”

Silva refused to discuss whether goalkeeper Jordan Pickford was suffering a confidence problem after looking hesitant for the free-kick which led to Lincoln’s goal.

The England number one has kept just one clean sheet in eight matches since his high-profile error in the Merseyside derby.

“I don’t like to talk about individual things. When we didn’t achieve the last good results it is normal the players don’t have this high confidence.”