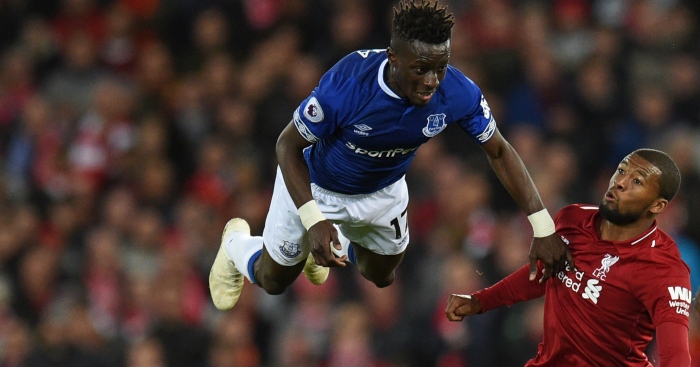 Everton boss Marco Silva has not given up on Paris St Germain target Idrissa Gueye staying at Goodison Park.

Silva insisted he had not been told of any new offer from PSG for the midfielder and that he had left him out of Tuesday night’s 1-0 win at Huddersfield due to a groin injury.

Gueye is reported to have handed in a written transfer request after the French club had a bid of £21.5million turned down by the Merseysiders.

“He had a minor problem with his groin,” Silva said after Richarlison’s early goal had lifted Everton up to eighth in the table.

“We tried to be honest with all of you and with our fans. After the match I tried to find out if something new has happened because I expected your question and there’s nothing new.

“He has a minor problem with his groin. No new offers and hopefully he can continue with us.

“I don’t know about a new offer or not. Nobody has told me. We were in the hotel last night preparing for the game, fully focused on the match.

“I know the market is open until January 31, it’s always tough for us, but about the new offer, £30million, nothing came true.

“I asked 10 minutes ago if there was something new, but there is not.”

Silva felt his side deserved all three points at the John Smith’s Stadium after playing the final 24 minutes with 10 men.

“We showed a strong character and you need that when you are not at your best moment of the season,” Silva added.

“We started the game strong, fast and we scored the early goal.

“It wasn’t a perfect performance from both teams and it wasn’t maybe the best game to watch to be honest. But we deserved the three points.”