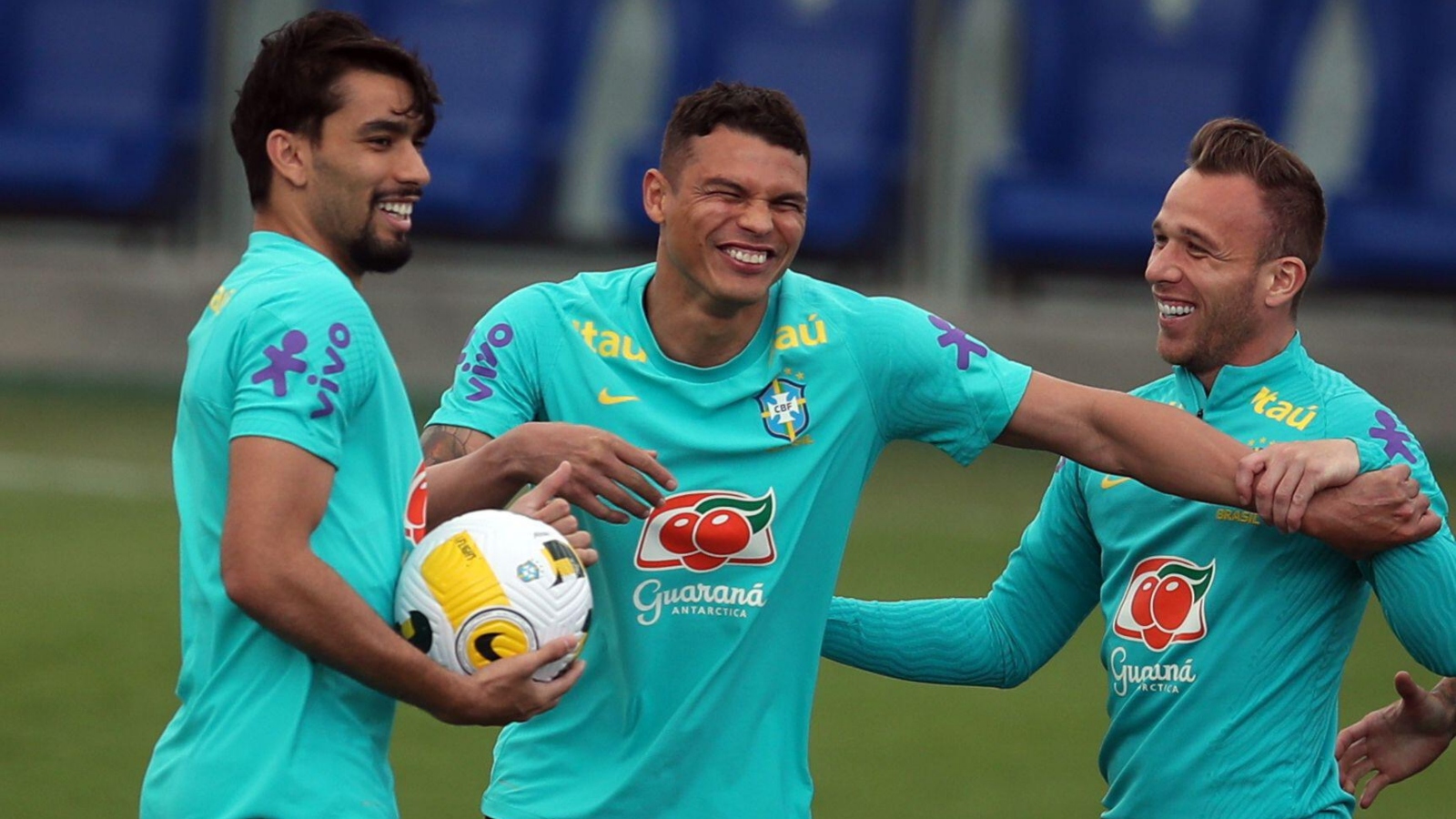 Thiago Silva recommended the signing of Lucas Paqueta to the Chelsea hierarchy, only to be rebuffed, the Brazilian defender has revealed.

Paqueta joined West Ham for a club-record fee rumoured to be in the region of £51million.

He is Silva’s teammate with the Brazilian national team and both are hoping to play for their country at this winter’s World Cup.

At the age of 37, Silva is still a mainstay in the Brazil starting XI under Tite.

Paqueta, on the other hand, has 33 caps for his country after Tite handed him his debut four years ago.

Unsurprisingly, Silva is clearly a big fan of the player and was probably disappointed to see Paqueta join Chelsea’s London rivals.

Although he did not speak directly to the 25-year-old about a move to Stamford Bridge, Silva has revealed that he did mention his name to people at the club.

“No, I didn’t talk to Paqueta about coming here,” he told ESPN Brasil.

“I heard he was about to leave Lyon. I had some conversations here with some people, but unfortunately things didn’t work out.

“Even because we weren’t 100 per cent sure he would leave Lyon. The last week arrived, this thing got a lot stronger.

“We had some other priorities, because of injuries we have on the team. So we needed a striker, another defender. A midfielder, a little less.

“I think that’s why things didn’t evolve well. But I’m happy for Paqueta because West Ham certainly have a very good structure, it’s a great club in the Premier League scene.”

One man who will not be in attendance is Michy Batshuayi.

The Belgian was linked with a deadline day move to Nottingham Forest, but a deal failed to materialise.

Turkish giants Fenerbahce announced on Friday that an agreement has been reached to sign Batshuayi from Chelsea.

They wrote on Twitter: “Our club has made an agreement with the club for the transfer of Michy Batshuayi to our team.

“The football player comes to Istanbul to make the interviews, pass the health check and advance the process.”

Chelsea paid a whopping £35m fee to sign Batshuayi from Marseille in 2016.

The 28-year-old has been shipped out on loan five times since then in what has been a difficult spell with the Blues.