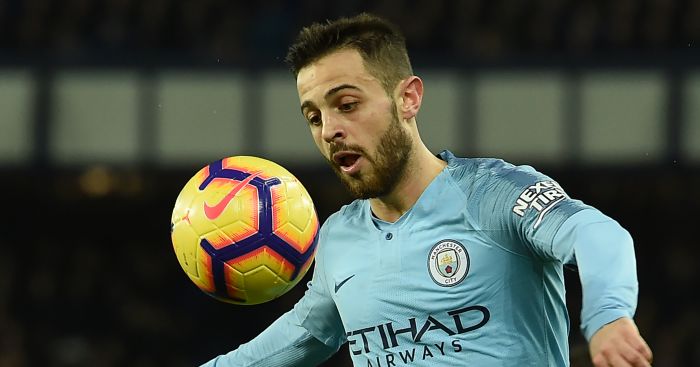 Bernardo Silva has written to the Football Association expressing regret at any unintentional offence his controversial tweet to Benjamin Mendy has caused.

Anti-discriminatory organisation Kick It Out this week called on the FA to take action after Manchester City playmaker Silva compared team-mate Mendy to the character on a packet of Conguitos chocolates.

Silva maintains the social media posting was intended as a joke but accepts it may have caused offence.

The FA requested City’s observations on the matter and the club have now confirmed Silva has personally written to the governing body expressing regret. Mendy, who has said he was not offended by the post, has also written in support of his team-mate.

City manager Pep Guardiola, again asked about the issue at his latest press conference, said: “It was a simple joke but if someone is offended I can understand it. Bernardo is maybe going to take a lesson and it’s not to happen again.”

Silva could face a ban if found guilty of discriminatory behaviour.

Amid the furore caused by the tweet, a further video has emerged of Silva asking Mendy why he is naked while wearing a black T-Shirt.

Guardiola, however, has staunchly defended 25-year-old Silva, who was a team-mate of Mendy at Monaco before the pair joined City in 2017.

He spoke up for the player after Tuesday’s Carabao Cup win at Preston and did so again as he met media to preview Saturday’s Premier League trip to Everton.

“Focus on other issues, not Bernardo, because he is absolutely not guilty. It was just a joke. It’s a cartoon and the face is quite similar.

“The same happened a thousand million times with white people. It’s the same.

“If the people believe that Bernardo is this type of player they are completely wrong.

“They judged one joke. I judge three years every single day with him and how he is and his friendship.