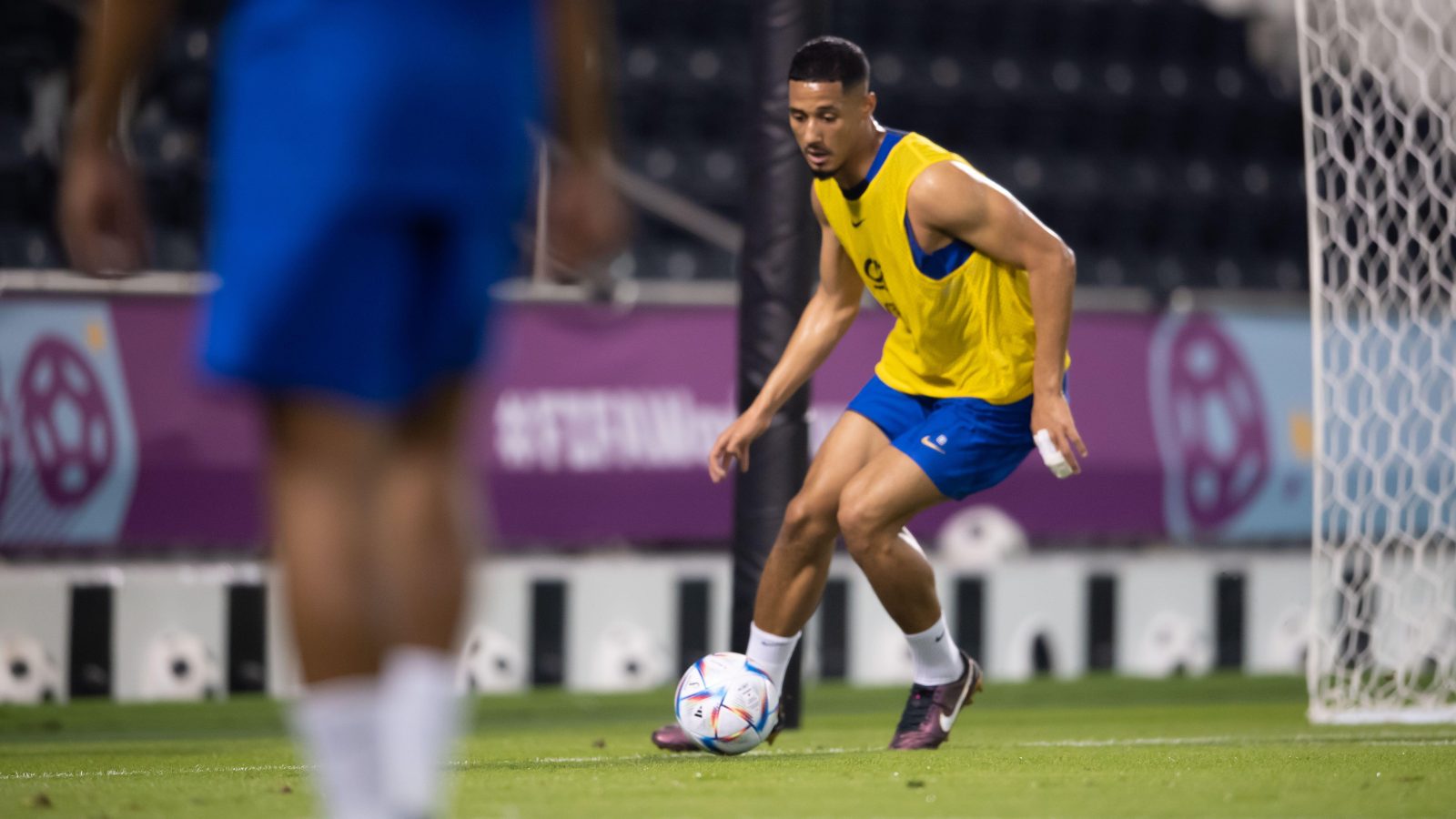 Mikael Silvestre is “afraid” that Arsenal defender William Saliba will go the whole of the World Cup without making an appearance for France.

The centre-back has been in brilliant form for the Gunners this season with Mikel Arteta’s side five points clear at the top of the Premier League standings.

After a successful loan spell at Marseille last season, which saw him named the Ligue 1 Young Player of the Year, Arsenal boss Arteta decided to throw him straight into his starting XI alongside Gabriel Magalhaes.

And Saliba has not let Arteta down with his performances earning him a place in Didier Deschamps’ France squad for the World Cup.

However, he is yet to make an appearance as Raphael Varane and Dayot Upamecano are the preferred pairing in central defence for the national team, while Ibrahima Konate is ahead of Saliba in the pecking order.

And Silvestre is starting to doubt whether we will see the Arsenal defender make a single appearance at the World Cup.

“I would think that Varane would continue [against Tunisia] and I’m afraid for Saliba, that Upamecano will also continue,” Silvestre told Bettingexpert.

“The pair did well against Denmark and they need to work more together to get used to one another.

“Unless France start playing with three at the back, which could be an option for the next round but I doubt it.

“So, in the central defence, I do not expect any change. That’s not where you run the most so I think they [Varane and Upamecano] can play two-three games in a row. So it would make sense for them to start against Tunisia.”

Thomas Partey is another Arsenal player who has had a good season in the Premier League and Silvestre has been impressed by what he has seen from the Ghana midfielder at the World Cup.

“He continues to the same level he shows at Arsenal.”

Milan aren’t in the strongest position over Bennacer with the Algeria international’s contract expiring in the summer of 2024, meaning his value will start to decrease soon unless they can tie him down to a new deal.