Home Arsenal Silvestre would be ‘surprised’ by Aguero/Sanchez swap 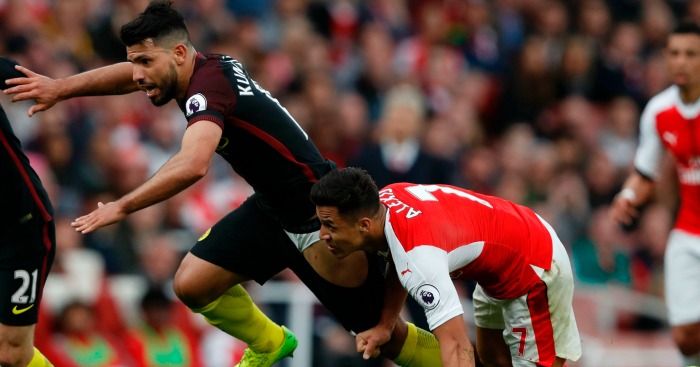 Mikael Silvestre says he would be “surprised” if Sergio Aguero and Alexis Sanchez swap clubs this summer.

The former Arsenal and Manchester United defender cast his eyes over the Daily Star story while discussing football transfers on talkSPORT.

It was a transfer exclusive that we gave pretty short shrift in Mediawatch and Silvestre is also having difficulty believing its veracity.

Sanchez may indeed be interested in joining Manchester City to combine with his old Barcelona coach Pep Guardiola once more, but it seems highly unlikely to happen.

“Is it a good switch?” said Silvestre. “It’s difficult to say right now because Aguero…injuries…he’s been plagued by a few.

“Arsenal already have a lot of injuries to deal with, you don’t want to add one of those again.

“Straight switch is a weird situation I think for Alexis Sanchez, maybe he wants to play with Pep Guardiola, so you could see that happening.